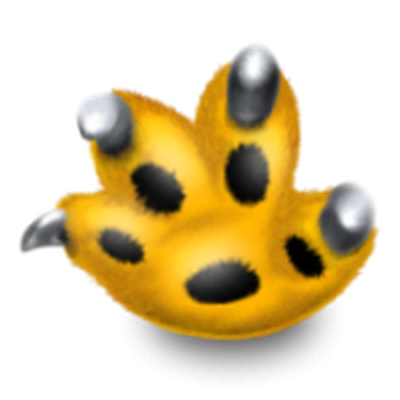 Mac OS X notification service Growl has been completely rewritten to comply with Apple's App Store guidelines and has been released on the Mac App Store.

MacStories reports on the new app:

Growl 1.3 comes in a new app form that has a menubar icon to activate/pause notifications, and a new Preferences window to see notification history, supported apps, configure themes, and more. History can be customized to show only a certain amount of recent items and days, and you can even search past notifications and events. The new Growl comes with almost 20 themes pre-installed, and you can style an application’s overlay notifications (the ones that Growl will briefly display on screen) in Growl’s Preferences. You can also create and install your own themes with basic CSS/XHTML/Javascript language.

Notably missing from the new version is GrowlMail, an add-on for the software that provides notifications support for AppleMail, allowing users to receive alerts about emails as they receive them. The software notoriously broke with nearly every update to Mail, and the Growl team stated that GrowlMail was more difficult to keep running than the main Growl project. The team notes that the main developer of GrowlMail, Rudy Richter, will receive ownership of it, and will continue to work on it independent of Growl.

DCstewieG
I'm perfectly happy to chip in a couple bucks to the great little apps I use. The App Store now makes it economical for them to charge just a dollar or two and I say go for it. I've grabbed a few things I got for free before, like BetterSnapTool.

However in this case, it's unfortunate that they have to move from a PrefPane to an app. I don't want yet another icon in my menu bar, especially one I would never use. Is there an option to turn it off?
Score: 8 Votes (Like | Disagree)

I've seen growl installed on multiple macs and none of those Mac owners remember installing Growl. It's growth has been a result of some sneaky viralesq installations. Growl can go to Hell.

It isn't Growl's fault. Applications install it without asking (which is actually frowned upon).

Don't bash the creators for what inconsiderate devs do.
Score: 7 Votes (Like | Disagree)

fishmoose
Happy to pay for it. Don't like two things though; The menubar icon and the fact it uses the discret GPU in my MBP.
Score: 6 Votes (Like | Disagree)

Didn't Growl used to be an open source piece of software? When did they close the source and start charging for it?

Where did it say it was going closed source? Paying for something doesn't mean it's not open source anymore.

Seriously odd decision to make it a paid app.

It costs $99/year to put free apps on the App Store. Either you pay for that or the developer already giving away their free work pays for it.

And it requires Lion. Sigh. Another piece of software to leave SL in the dust.

Blame Lion's sandbox for that one, pretty much makes it a huge pain in the ass to write software compatible with it and be backwards compatible.

Sounded great for a second. I've heard that a lot of people use it. But no GrowlMail. That would be my main reason to get it. Thumbs down.

I'm guessing GrowlMail is a plugin to Mail. That's a big fat no-no for the App Store rules.
Score: 5 Votes (Like | Disagree)

Didn't Growl used to be an open source piece of software? When did they close the source and start charging for it?

Seriously odd decision to make it a paid app.

Even odder, it's still open source. You can just compile your own binary, and it's yours free.
Score: 5 Votes (Like | Disagree)

RoelJuun
I will pay for this, even though I have the free version at this moment. This little program is one of the first things I install on any new Mac. The simplicity is great and the notifications are not intrusive. It also works with quite some programs I use all the time.
Score: 4 Votes (Like | Disagree)
Read All Comments