It has taken nearly two years, but CNET reports that an appeals court has ruled in favor of Apple in its lawsuit against Psystar, a company that began selling unauthorized Mac clones back in 2008.

Apple was awarded a permanent injunction against Psystar in December 2009, but Psystar appealed the decision to the U.S. Court of Appeals for the Ninth Circuit a month later. 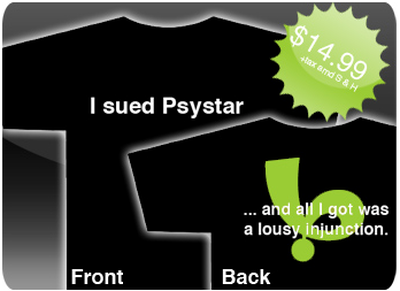 Psystar's 2009 last-ditch effort to raise funds for its legal fight against Apple
Psystar was unusually defiant in its stance against Apple given the threat it faced from the substantially larger company, and extended its legal efforts well beyond what most small companies would typically be willing to engage in. Those efforts lead Apple to suggest that Psystar could have been part of a conspiracy with the backing of a larger entity attempting to break open Apple's stranglehold on Mac OS X systems, but no concrete evidence of such a connection has ever been exposed.
[ 188 comments ]

Psystar lost, but they did help point the way for hackintoshes:


Actually, wasn't Psystar just ripping off the hackintosh community's work for their own purposes ? I think you got the roles reversed here. It's the hackintoshes that paved the way for Psystar.
Score: 13 Votes (Like | Disagree)

Always wondered where that money came from and how they could afford being so defiant. Who knows, perhaps some internet bubble money went into this.


I always wondered this too. There's noway they got there by selling those t-shirts.
Score: 12 Votes (Like | Disagree)

Oh please lol, if I wanted to read nonsense like that I could go to one of those schizophrenic websites like Above Top Secret


Only somebody in on it would say something like that...

The only surprise here is that it took this long to get upheld. Seriously, Psystar should have given up after the first cease and desist letter, their business plan never made any sense.


And yet I spent a lot of time reading arguments from folks telling me I was wrong when I explained why Psytar would lose.

Psystar lost, but they did help point the way for mackintoshes:

Actually, wasn't Psystar just ripping off the hackintosh community's work for their own purposes ? I think you got the roles reversed here. It's the hackintoshes that paved the way for Psystar.

AAPLaday
Good news. I dont have a problem with people making hackintoshes themselves but a company shouldn't be selling clones for profit
Score: 8 Votes (Like | Disagree)
Read All Comments