Just as Apple is apparently planning to bring the iTunes Music Store to ten more European countries, the company also seems to be rolling out access to iTunes movie sales and rentals in a number of European countries where it already offers music content. 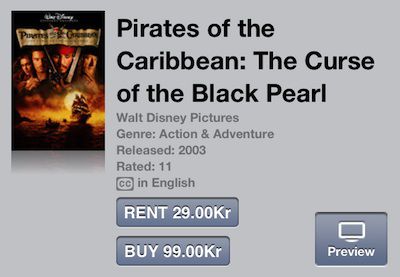 Movie from Danish iTunes Store
Reports of the new movie offerings began coming in from MacRumors readers late yesterday, with Belgium, Denmark, Finland, Netherlands, Norway, and Sweden so far having been cited as adding the new movie content. Apple has not yet added a dedicated movie section to the iTunes Store in these new markets, but content is accessible through the store's search function.

Movie from Finnish iTunes Store
The content expansions appear to be extending even beyond music and movies, with macprime.ch reporting [Google translation] that paid iBookstore content has just begun showing up in the Swiss store. The Swiss iBookstore had previously been limited to free content, primarily from Project Gutenberg.

Update: setteB.IT notes that paid iBookstore content is also showing up in Italy.

interestedabit
5 euros to rent a movie. Funny how the price of rentals have gone up, food has gone up, taxes up yet our salaries stay the same. Paying 5 euros to RENT a film is not appealing to most. What they should do is make it appealing, price-wise. It's not even economically possible for most. It's not sensible to spend this amount of money on a mere rental when it's the same price as a meal or two. They don't seem to understand that. Maybe it works in the US but this will not work in Europe as living prices are high across the board.
Score: 6 Votes (Like | Disagree)

Lindberg
Why does Apple expect Scandinavian customers want to pay more than Americans for the same product?

If they don't standardisere prizes for movies and music we'll find other ways to get our hands on the stuff we want!
Score: 5 Votes (Like | Disagree)

Yep. I don't think paying half the price of a movie to rent it 24 hours is normal. I'd rather buy it and share it with friends or sell it after.
Score: 4 Votes (Like | Disagree)

Chazn
5 pounds to rent a movie?
Now this is why people pirate and download them for free elsewhere.
Score: 4 Votes (Like | Disagree)

cube
Dubbed movies and movies without a choice of subtitles don't cut it.
Score: 3 Votes (Like | Disagree)

Cereal KiIIer
Why would I do that? 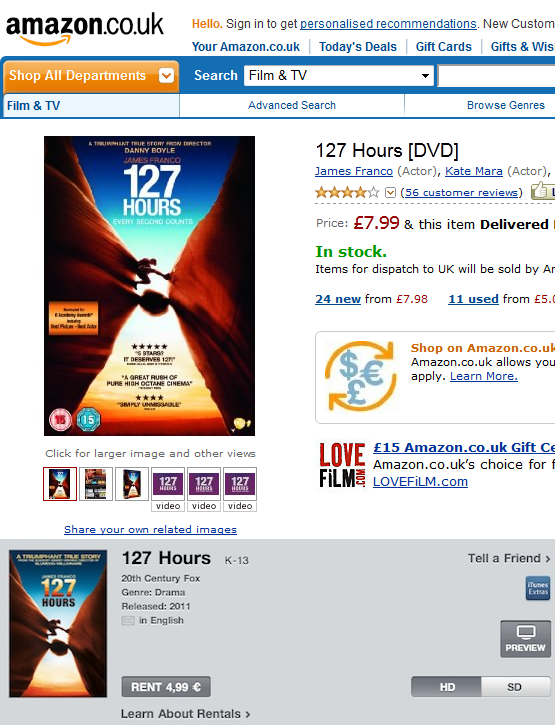