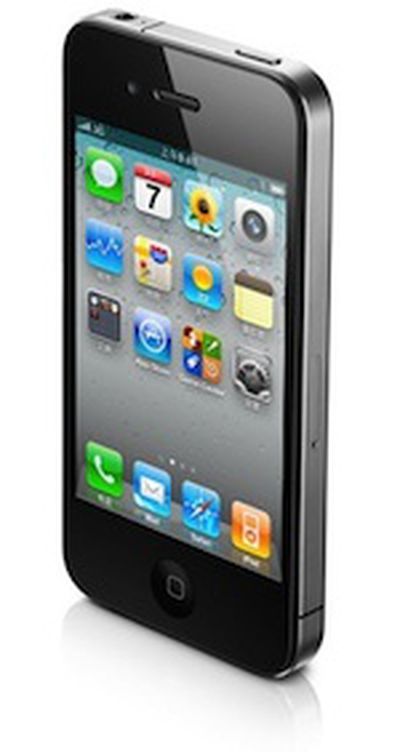 Barron's reports on a brief note from RBC Capital Markets analyst Mike Abramsky, who shares some of his "takeaways" from a meeting with Apple Chief Operating Officer Tim Cook and Chief Financial Officer Peter Oppenheimer.

According to the note, Cook and Oppenheimer continue to believe in a "massive opportunity" for Apple in China, seeing the potential for significant growth there with the company's recent explosion to $9 billion in annual revenue for the market being only the beginning.

Many have viewed the introduction of a low-cost iPhone for the prepaid market to be key for Apple's future success in China and many other countries, and the Apple executives reportedly noted that any such device would have to be "an innovative, category-killer experience". Cook and Oppenheimer obviously did not specifically confirm plans to launch a low-cost iPhone, but it is clear that Apple is working hard on finding a way to break into and succeed in that market.

They include the fact that Apple has a “massive opportunity” in China, with the market there “significantly untapped” despite Apple revenue of $9 billion in the country. Despite an “explosion” of devices based on Google’s (GOOG) “Android” operating system, Apple can maintain a competitive advantage through its integration of hardware and software, and its “curation” of the “application ecosystem.”

Regarding a low-cost iPhone, Abramsky writes that “Apple’s primary criterion for launching a lower-end iPhone is an innovative, category-killer experience.”

Other topics of the discussion included word that Apple's gross margins for the quarter may be better than expected due to it currently being a "buyer's market" for components, and the company's efforts to settle with Android handset manufacturers in the numerous ongoing patent disputes.

Does anyone here know of any harmless weed I can smoke till September ("Fall") ? This wait is killing me.

AppleScruff1
Will the carriers come out with better data plans to go along with the cheaper iPhone, or will they stay the same? The data plan is what really makes any smartphone expensive to own.
Score: 7 Votes (Like | Disagree)

Apple will never do a cheap iphone, it cheapens the brand.

So they do not sell iPod touch?

theOtherGeoff
first off, most foreign markets are prepaids plans (you buy your service month to month, no lockin). Mostly because the culture there is to 'buy minutes' (and I assume then GB of 3G as well) I also know part of that is turning on/off services such as data, and the other is floating between a myriad of wireless companies.

So, To get into that market, you need a less expensive phone because no subsidy (and the 2 year lockin to pay off the subsidy) exists, or is tolerated by the market.

2nd, Apple stated up front that they will be aggressive with pricing and models to keep from being undersold. They learned from the Mac Experience, that you must be ready to aggressively protect the brand. The iPod Shuffle is just that device... it's the gateway to the nano, to the touch, to the phone (why... iTunes... no loss of time investment in media management). The term they used early was 'price umbrella' They want that umbrella as low to the floor as possible, to keep other brands from engaging in customer brand loyalty lockin.

Android is to some extent under the umbrella now, however, their capabilities and 'emotional investment' at that level is so low, that it's just a 'cheap phone.' If Apple closes that gap, the brand value ("I can get an iPhone for _almost_ the same price"), That drives for the long term 'halo' (app store, music store, upgrades, iCloud, iPads), which when you have a 'family' of products, is bound to happen.

I know I'd buy my 20 yo daughter a iPhone 4'lite' if it was under $200 and not locked into ATT/Verizon. In a Minute. She has a MacBook, She has a iPod nano. She's graduating from college (poor ATT coverage there, no VZN), and is about to move. a 2 year contract is silly. She has WiFi everywhere. I don't think she needs an iPad (she's a writer... needs a good keyboard). But when she gets a job (hope hope), then she can go get an iPad and not lose her 'investment'

So... a $<300 prepaid solves a lot of problems.
1) it can be the 'free' or $9.99 iPhone for ATT, Sprint, VZN, TMoble in the US
2) it becomes the 'iphone shuffle' (phone, web, 4GB of mem for apps/songs/media,a nice display, and a
3) it lowers that umbrella (you can own an iPhone... or one of those no name android phones that has no experience, and limited support)

Apple's cash allows them to make almost nothing on the shuffle... but it drives the long term (2 years, they'll buy an iPhone) plan. Thats the real beauty of Apple's cash account. They can invest in the future, and make decisions that are focused only on this quarter.
Score: 4 Votes (Like | Disagree)

What the hell does that mean?

Something that clobbers the competition.

Lone Deranger
Looks like Apple's just getting started. A low cost prepaid iPhone is gonna sweep the legs out from under the competition.
Score: 4 Votes (Like | Disagree)
Read All Comments