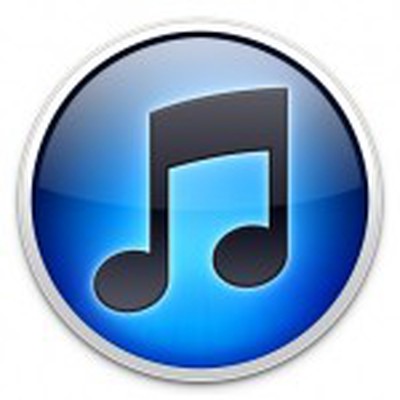 The next version of iTunes will get a full facelift and extensive iCloud integration, according to a report from iDownloadBlog.

From what we’re hearing, the UI would be much more cleaner and “slick.” iCloud is also going to be more closely integrated with iTunes. Rather than the iTunes Store being essentially a web browser, the Store will actually be integrated into the entire app— much like Spotify is currently.

We’re also hearing that iCloud backups will be integrated into iTunes. This means if you back up your iDevice to iCloud, that same backup will be stored locally on your computer. Also, app data from iCloud will be synced closely with iTunes. For example, if you beat a level in Angry Birds, that level data will be synced to iCloud and then to your iTunes library.

It would make sense -- the iCloud is meant to be "the truth", with all other devices (including your Mac and PC) backing up to it.

This can be seen currently with the limited iCloud support Apple has already implemented. If you purchase an App within iTunes (and have the appropriate settings saved), it automatically downloads to your iOS device. I've begun doing all my app shopping within iTunes for this reason.

iDownloadBlog is a completely unproven source, with no track record, so take this report with a grain of salt.

By coincidence, in yesterday's anonymous "unproven source" report that Apple was considering an acquisition of Barnes & Noble, BGR's tipster said iTunes 11 would be released in September along with iOS 5 and iCloud, and would support reading iBooks on the Mac.

Apple is currently beta testing iTunes 10.5, along with developer previews of iOS 5. This could have placeholder code for iCloud, while hiding a larger redesign of the application itself.

I've begun doing all my app shopping within iTunes for this reason.


Maybe I'm the only one that feels this way, but I liked it better when MR kept to the 3rd person and approached things from a more professional reporting standpoint.
Score: 34 Votes (Like | Disagree)

Rapscallion
I hope they ditch Ping, that was just a waste of time, and only added crap to an already over stuffed app.
Score: 19 Votes (Like | Disagree)

Maybe I'm the only one that feels this way, but I liked it better when MR kept to the 3rd person and approached things from a more professional reporting standpoint.


It's Jordan Golson, the new guy. I can tell his articles from those by arn or Eric with almost perfect accuracy. Jordan's style is much more "personal-blog" like, which I don't think fits with this site and the way it's been. I prefer the objective tone, and would prefer more limited interjections of personal references/anecdotes/humor.
Score: 16 Votes (Like | Disagree)

Remember this? Remember how much people whined when it was dropped!


Wow. That icon used to be so familiar, now it just looks strange and old fashioned!
Score: 16 Votes (Like | Disagree)

I would love an integration to read my books on my Mac through iTunes, I'm getting tired of Adobe reader & Stanza. Also would like to see a nicer format for my movies & T.v. Shows
Score: 13 Votes (Like | Disagree)

Remember this? Remember how much people whined when it was dropped!
Score: 12 Votes (Like | Disagree)
Read All Comments

Saturday June 19, 2021 6:00 am PDT by MacRumors Staff
The Apple news cycle started to move beyond WWDC this week, but that doesn't mean there still wasn't a lot to talk about, led by the official debut of the much-leaked Beats Studio Buds that might give us a hint of what to expect for the second-generation AirPods Pro. With no hardware announcements at WWDC, we also took a look at when we might finally see the long-rumored redesigned MacBook...
Read Full Article • 11 comments

Friday June 18, 2021 9:16 am PDT by Joe Rossignol
Apple this week stopped selling its Magic Keyboard with Numeric Keypad, Magic Mouse 2, and Magic Trackpad 2 accessories for the Mac in a Space Gray color, around three months after discontinuing the iMac Pro, which also came in Space Gray. Last month, Apple listed the Space Gray accessories as available while supplies last, and the company has now removed the product pages from its website...
Read Full Article • 124 comments

Friday June 18, 2021 6:59 am PDT by Sami Fathi
Apple supplier TSMC is preparing to produce 3nm chips in the second half of 2022, and in the coming months, the supplier will begin production of 4nm chips, according to a new report from DigiTimes. Apple had previously booked the initial capacity of TSMC's 4nm chip production for future Macs and more recently ordered TSMC to begin production of the A15 chip for the upcoming iPhone 13,...
Read Full Article • 144 comments