MSFT: Lion Features Coming to Office "In Months, Not Days" 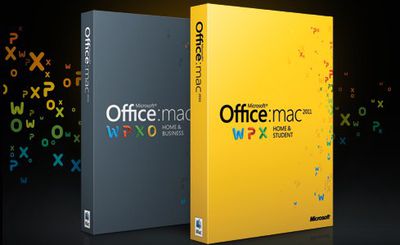 Microsoft is "working hard" to enable Lion-specific features in Office, according to a post on the Office for Mac blog.

Yes, we are working hard with Apple to enable versioning, auto save, and full-screen for Office for Mac 2011. I know your next question will be “when?”, and unfortunately I can’t answer that – but it’s likely measured in months not days – just to set expectations.

Pat Fox, the author of the post, also reminds users that Office for Mac 2004 will never work under Lion, because it is a PowerPC application and Apple has dropped support for PPC apps with the end of Rosetta support.

Also, Microsoft has fixed a nasty bug in Microsoft Communicator that caused a crash whenever an instant message was sent. It promises that update in the "next day or so."

John.B
They had me at "versions". :cool:

I know it's hip to 'dis Microsoft around here, but Office:mac is the reason I can have a PC-free household. The Mac BU is a good group of people that don't get enough credit for the work they do, IMO.
Score: 23 Votes (Like | Disagree)

nagromme
Big, massive, complex apps with long histories, massive developer teams, and massive testing programs, are slow to change. Maybe all these features are easy to do for Office, as they have been easy with (some) other apps; and maybe no consequences or bugs will result from the changes. Maybe. Or maybe this really is something that needs to be done right, albeit slower than we’d like. An update which has to happen in parallel with whatever other updates/projects they are also working on. Two sets of changes at cross-purposes are not always simple to pull off.

So I give Microsoft credit in this case: at least they’re not waiting for the next big paid version, nor playing “wait and see.” I wonder how Adobe’s handling these features....

(And there’s a difference between a compatibility/fix update, which should get the maximum rush, vs. a feature update. It sounds like Office is already compatible with Lion, but if there are serious bugs, I’d expect them squashed sooner than “months.”)

The blog post makes it sound like Microsoft had to wait until Lion's release to begin working on adding the features, not like they'd had an opportunity since the first developer release at the end of February.

How do we know that work on these features isn’t partly done, and has long since been in progress? Yes, it’s amazing to think that changing one part of a software program could impact other parts, and that it could take months and months. But that is in fact the case sometimes. Is it the case here, or is the Mac BU just being slow and not caring? The latter might be true, I won’t deny--but I don’t think we have the evidence to accuse them yet.

klaxamazoo
This is great news. Once I learned how to properly use the styles drawer I really started to love how easy it is to make great documents in Microsoft Word.

I don't know why people bash the OSX division of microsoft so much. 2011 is a great product, easier to use than 2010 and a huge improvement over 2008.

Also, if you've read any of the developer documentation you would know that this is a pretty substantial change to an extremely critical part of their product that will require a lot of work and even more testing given how extremely critical the process of saving is.
Score: 13 Votes (Like | Disagree)

Jeff42037
No third party developers have Auto-Save or versions yet... So I do not know what all the pissing and moaning is about :rolleyes:
Score: 11 Votes (Like | Disagree)

No third party developers have Auto-Save or versions yet... So I do not know what all the pissing and moaning is about :rolleyes:

This is incorrect. Mindnode does, in fact the feature was released about the same time as Lion was released. I guess those guys have dev accounts. :cool:

I know with certainty that Fullscreen isn't hard to implement now, in fact, that's the whole point of OS-wide support. Same with versions and autosave.

Completely unrelated, but I just found this picture of steve jobs from the recent keynote at moscone west:

How sweet.
Score: 8 Votes (Like | Disagree)
Read All Comments