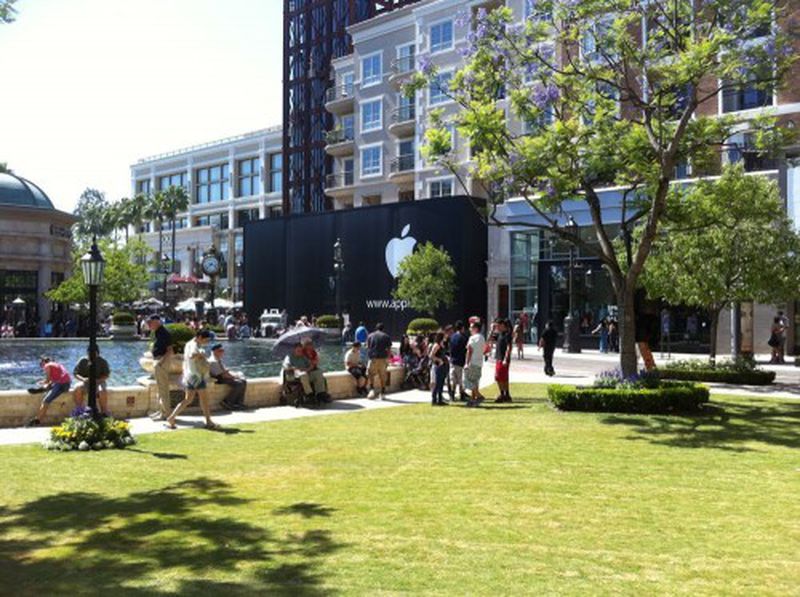 Apple's newest Retail Store is opening on Saturday in Glendale, California. The awkwardly named Apple Store, The Americana At Brand is located something like 500 feet from the Glendale Galleria, home of store R001.

The Glendale Galleria location opened on May 19, 2001 and was the second Apple Retail Store to open, as Tysons Corner opened earlier that day on the East Coast.

Gary Allen at IFOAppleStore notes that the Glendale Galleria location is "packed at all times" and the sister location is welcome. Gary also reports that the Palo Alto and Stanford stores are the next closest store pair, at a mere 3,737 feet apart. 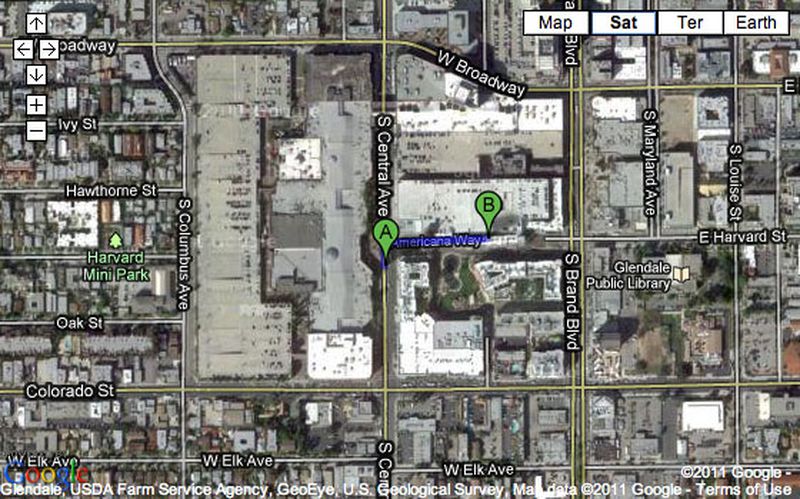 The Americana location is numbered R451. It is the 239th US store and the 332nd store worldwide.

Apple numbers stores in the order in which they are planned. A number of stores were planned but have never been built for some reason. This is why the store is numbered R451 but there are only 332 stores in the chain, so far. R037 is the lowest number without a store attached.

The store will open at 10AM local time on Saturday, July 30.

mrxak
Every Apple Store I've ever been to has been packed, and each time I go to my local one there's always more people. It doesn't surprise me they're continuing to carpet bomb high traffic areas with additional stores. They are a far ways away from over-saturation of the market, and each store is massively profitable.

Apple Retail is doing incredibly well, and for good reason. It's a happy, relaxed place, a toy store for grown-ups (and kids too!). People are friendly, nobody's rushing you, and you can just hang out as much as you want while constantly bombarded with positivity. Employees do ask you if you want help, but it's very low pressure and they leave you alone until you need them. There is no other store like it on the planet.

I guarantee you, Apple would not be doing as well as they are now without these stores. They would be doing well, but no where near as well. Even though I mostly order online, I still like to go check things out at my local Apple Store whenever there's new stuff, or something I'm interested in getting. In other stores, salespeople swoop in and attach to you like leeches, they're often dark or ugly places, and it's just unpleasant. Apple Stores are friendly, relaxed, and you can take your time really getting to know the products. That does account for the crowding, certainly, but it's only good for Apple's image.
Rating: 6 Votes

There's a Sony Centre very close to the Apple Store in Union Square, Aberdeen. I once saw 3 customers in there! The least I have ever seen at the Apple Store was about 50, and it's a small store.


There's a Sony store right next door to the Apple Store in Pentagon City Mall in Arlington. The contrast is like Mardi Gras and a Mausoleum.
Rating: 1 Votes

Speaking of new Apple Stores, does anyone know when the Conestoga Mall location in Waterloo, ON is set to open?


I believe Fall 2011, as well as the Burlington Ontario store opening around that time as well.
Rating: 1 Votes

There's a Sony store right next door to the Apple Store in Pentagon City Mall in Arlington. The contrast is like Mardi Gras and a Mausoleum.

So, an Apple store being private property, could allow topless females wearing beads (and USB sticks on them), and pretty much get away with it, and double traffic above current levels?