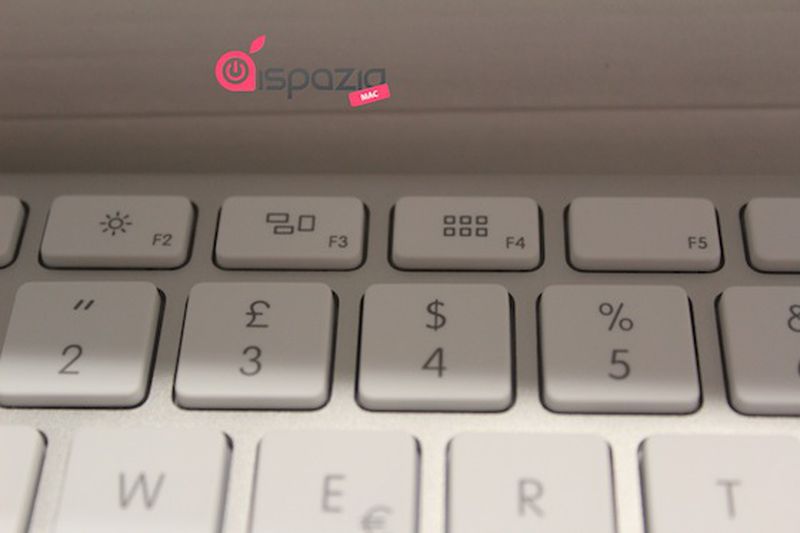 One minor change is a slight adjustment to the icon displayed on the F3 key to remove the frame around the collection of windows. The F3 key had been used to activate Exposé, but with that feature now being folded into the broader Mission Control feature in OS X Lion, the key now activates Mission Control.

In a larger change, the F4 key has now been repurposed since the previous Dashboard function has also been folded into Mission Control in Lion. Consequently, the F4 key is now used to invoke Launchpad, Lion's iOS-like application launching screen.

The new keyboard is billed as requiring Mac OS X 10.6.8 or later.

We don't know for certain that Apple has also updated its wireless keyboard with the same changes, as the company has not updated the images on its keyboard page or in its online store, but we do know that both the wired and wireless keyboards saw their model numbers transitioned to "/B" revisions alongside Wednesday's launch of OS X Lion. Consequently, it seems reasonable to conclude that both keyboards have been updated with the tweaked functionality.

M-O
when are these bad boys getting back-lighting?
Rating: 11 Votes

Do what I did, change the shortcut key from System Prefs>Keyboard. Then do this: 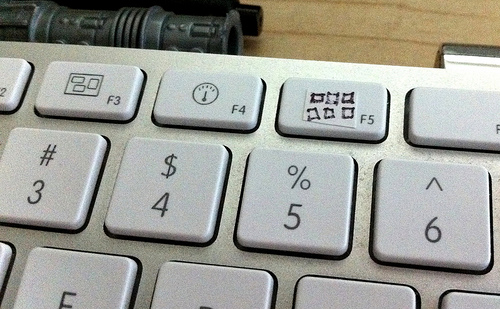 Andy-V
Why not use the rocket icon for LaunchPad?
Rating: 5 Votes

Replacing the Dashboard button with Launchpad is extremely stupid:


This way, the only way to activate Dashboard is either swipe left a zillion times until you get to the leftmost space which is Dashboard, or if you're like me and find that Dashboard has no place among your desktops and windows in Mission Control, you either have to assign a hot corner to it, or keep the Dashboard icon in the Dock. I just press the Dashboard button on my keyboard and I have Dashboard, simple as that.

mbarriault
Is there a way to change F4 to open Launchpad instead of Dashboard on older keyboards? (without setting them to use standard function keys obviously).
Rating: 4 Votes

IIRC, it always has been. That just means it's not assigned as a specific hot key (with function keys turned off). Probably because many browsers use F5 as "refresh".


Ah thinking about it this could be because it doesnt have a backlit keyboard. As on Apple's portable options this gives the user the chance to turn the brightness down.
Rating: 2 Votes

when are these bad boys getting back-lighting?


Ive always thought black keys would look better with the black iMac. Lighted or not.

Apples Macs have been silver and black for a long time now. White is gone (execption made for the lighted logo). Its time for the keyboard--and mouse--to catch up!

(I kind of like Apples white cables for some reason. Im OK with white cords, and even chargers/docks/Airport, just make the hardware on our desks all match, please. Black, not white!)
Rating: 2 Votes

There is no gesture to activate Dashboard


Not if you use BetterTouchTool :)
Rating: 2 Votes

JS77
I wish there was a way to revert to the old spaces and expose...
Rating: 2 Votes


The Caps Lock key toggles cursor in Adobe Applications. Normal cursor (for example brush to crosshair) and hence it is important for those who use Photoshop etc.

Thanks for the 1/10 Second Tip. Always wondered, why this key doesn´t work the way it should.
Rating: 1 Votes
[ Read All Comments ]