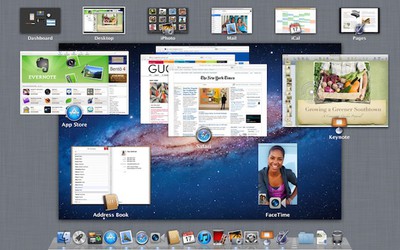 OS X Lion brings a number of new features to the Mac, including an iOS-like application launch screen known as Launchpad, full-screen apps, a new combined interface for Dashboard, Expose, and Spaces known as Mission Control, enhanced Multi-Touch gestures, and improvements to a number of core applications such as Mail.

Some of the amazing features in Lion include: new Multi-Touch® gestures; system-wide support for full screen apps; Mission Control, an innovative view of everything running on your Mac; the Mac App Store, the best place to find and explore great software, built right into the OS; Launchpad, a new home for all your apps; and a completely redesigned Mail app.

“Lion is the best version of OS X yet, and we’re thrilled that users around the world can download it starting today,” said Philip Schiller, Apple’s senior vice president of Worldwide Product Marketing. “Lion makes upgrading a Mac easier than ever before; just launch the Mac App Store, buy Lion with your iTunes account, and the download and install process will begin automatically.”

Apple previewed OS X Lion for developers several times over the last nine months, and has been seeding developers with Lion builds since early this year. Apple announced at its Worldwide Developers Conference early last month that Lion would ship sometime during the month of July, and the company seeded the golden master version to developers on July 1st. 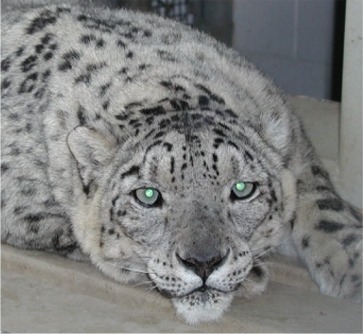 I think Snow Leopard is a little sad today guys. Go easy on him.
Score: 19 Votes (Like | Disagree)

frankjl
This thread is pure garbage.

LOOK we dont care that you are downloading it or installing it.
You want to announce to the world your ahcievement go to twitter or facebook.

How about we concentrate on how well LION is working or whats new and different from GM if any changes were made?

I DONT CARE THAT YOUR DOWNLOADING IT AND THAT YOUR PISSED BECAUSE IT IS GOING SLOW.

Make this thread informative not full of ****.
Score: 10 Votes (Like | Disagree)

A single page in this thread yields 5 posts of utter nonsense. This thread is now 30 pages long, so a quick analysis says 150 of these posts are from yahoos telling us that they are downloading this update.

Philgr
Im such a fanboy :rolleyes:

I just sneaked out of the Office to nip home to set Lion off downloading at home
Score: 7 Votes (Like | Disagree)
Read All Comments

Saturday June 19, 2021 6:00 am PDT by MacRumors Staff
The Apple news cycle started to move beyond WWDC this week, but that doesn't mean there still wasn't a lot to talk about, led by the official debut of the much-leaked Beats Studio Buds that might give us a hint of what to expect for the second-generation AirPods Pro. With no hardware announcements at WWDC, we also took a look at when we might finally see the long-rumored redesigned MacBook...
Read Full Article • 11 comments

Friday June 18, 2021 9:16 am PDT by Joe Rossignol
Apple this week stopped selling its Magic Keyboard with Numeric Keypad, Magic Mouse 2, and Magic Trackpad 2 accessories for the Mac in a Space Gray color, around three months after discontinuing the iMac Pro, which also came in Space Gray. Last month, Apple listed the Space Gray accessories as available while supplies last, and the company has now removed the product pages from its website...
Read Full Article • 124 comments

Friday June 18, 2021 6:59 am PDT by Sami Fathi
Apple supplier TSMC is preparing to produce 3nm chips in the second half of 2022, and in the coming months, the supplier will begin production of 4nm chips, according to a new report from DigiTimes. Apple had previously booked the initial capacity of TSMC's 4nm chip production for future Macs and more recently ordered TSMC to begin production of the A15 chip for the upcoming iPhone 13,...
Read Full Article • 144 comments