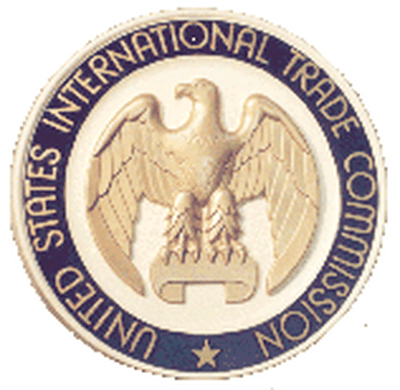 A judge with the US International Trade Commission ruled today that HTC violated two of Apple's patents in a year-long case filed last March. Apple had accused HTC of violating 20 of its patents, and filed a second complaint this week, claiming infringement of five more patents. HTC has said it will appeal the decision.

When it initially filed the lawsuit, Apple CEO Steve Jobs explained why it was taking legal action:

If HTC's appeal fails, it will be required to settle with Apple over the patents. However, FOSS Patents' Florian Mueller notes the ITC decision could be very bad for Android, if Apple refuses to settle:

Depending on which two patents HTC infringes and on whether the Commission affirms the ALJ's decision, this could in a worst-case scenario result in a shutdown of many or even all Android-based HTC products in the U.S. market. In a less extreme scenario, HTC might have to remove certain functionality from its products, and that could result in a significant degradation of the user experience and quality of those devices.

Mueller notes that Apple has two ITC complaints and three federal lawsuits currently in motion against HTC, with 16 other patents in question aside from the ones in today's decision.

The United States International Trade Commission is an independent federal agency that, among other things, adjudicates cases involving imports that allegedly infringe intellectual property rights." It has the power, in rare cases, to ban infringing products from the country entirely.

Update: These are the two patents the judge feels are being infringed:

- U.S. Patent No. 5,946,647 on a "system and method causes a computer to detect and perform actions on structures identified in computer data."

- U.S. Patent No. 6,343,263 on a "data transmission system having a real-time data engine for processing isochronous streams of data includes an interface device that provides a physical and logical connection of a computer to any one or more of a variety of different types of data networks."

Both of these patents are at issue in the lawsuits between Apple and Motorola as well.

Good luck to Apple for defending that patent - my Samsung Windows Mobile SCH-i730 phone from 2005 did exactly the same thing - text in email/SMS messages was hot-linked to the obvious....

Apple has good photo-copiers - but they'll need a real time machine to defend this patent.

LimeiBook86
Good for Apple, they should stick up for their patents. It'll be very interesting to see what happens with this. It's taken so long to come to this stage, so we may have to wait even longer to discover what happens next.
Score: 11 Votes (Like | Disagree)

There are lots of patent "trolls". There are painfully few patent rights licensing "trolls".

Exploit the world, don't improve it!


It's called competition on a level playing field. HTC has equal rights to patent their IP and defend it against Apple or any other competitor.

Either one can invest into R&D and actually hire professionals to do the research or risk legal action for IP theft.

It appears this generation thinks now, more than ever, that IP theft is virtuous and investing in the education of a growing technical staff is not an action of virtue.
Score: 10 Votes (Like | Disagree)

It's totally not about that.

I am very happy that Apple finally holds a candle with these patents and trying to force HTC to get into a patent license agreement which has been literally 'stealing' some of the patents from Apple(no doubt Apple does 'steal' too).

Point being, you make it sound so ridiculous that Apple patented all the features of the smartphone and all companies are left naked, now to suck Apple's balls and will get sued by Apple until they go bankrupt.

Seriously, get off the 'Fanboy bandwagon'. I have stated before that I do like some of your posts, but your ridiculous insight to the Godlike Apple and ****-like other companies is very disgusting to read.

Apple may well being doing good; but they are not the only one innovating or doing good. Get a thought please; this time around a decent one.


Wow, this has really thrown you off your rocker...

No, Apple isn't the only one doing great stuff in the mobile platform. You can look at Palm (HP) and MS (honestly, WP7 is pretty good) who are doing new, interesting stuff. However, Android was a total rip-off of a LOT of things. Apple's design, and smartphone concept, in the user facing areas, and Java in the fundamentals.
Score: 10 Votes (Like | Disagree)

I am in favor of the filings and rulings, but the whole principal of patent law is not to prevent folks from using intellectual property, but paying for it. The outcome here will not be exclusion of products or of usage rights, but compensation for same.

Apple values exclusivity over money so despite fully winning they lost.


I agree. Apple should licence those patents on a fair and reasonable basis. They should be awarded some retroactive money based on historical sales, and HTC should be made to pay Apple an additional punitive amount based on damages to Apple.

However, they should not be prevented from selling their phones. That is not the point of the patent process.
Score: 10 Votes (Like | Disagree)

Hilarious coming from a man (who I idolize) that stole all his ideas from Xerox. Too funny drill Sgt!


For someone who claims they idolize the man you have zero knowledge of the relation that was PARC and Apple.

XEROX got $125 Million in stock they immediately sold when Apple had their IPO.

If they held onto it it would be in the tens of billions, in today's valuation.

XEROX licensed their IP to Apple and had no interest in the personal computer paradigm. They were the fools.
Score: 9 Votes (Like | Disagree)
Read All Comments