Apple's quarterly earnings report for Q3 FY11 comes out next Tuesday, July 19. As always, analysts are offering their final predictions for what Apple will report -- particularly around the iPhone, which has grown to be Apple's biggest single source of revenue. 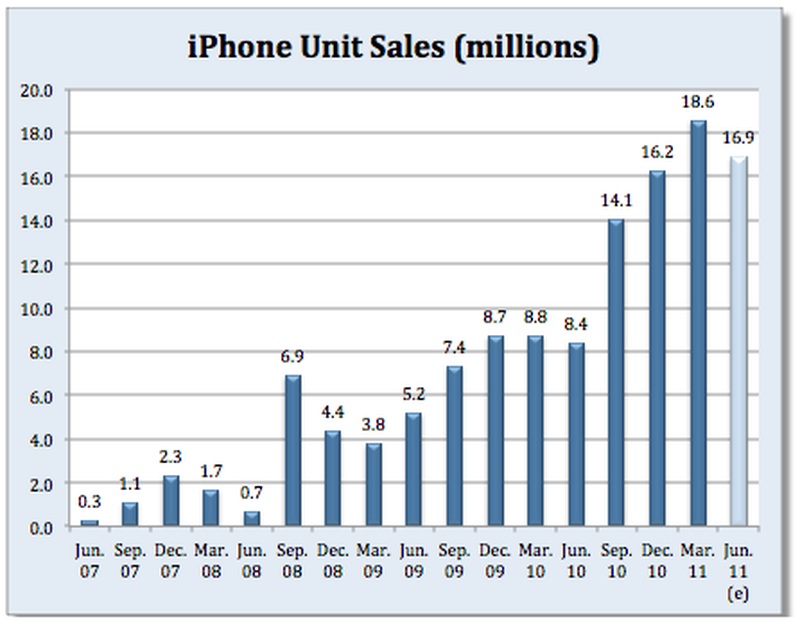 Philip Elmer-DeWitt, writer of Fortune's Apple 2.0 blog, polled 42 analysts for their iPhone sales predictions. The group, which included both amateur and professional analysts, predicted an average of 17 million iPhones sold in the quarter. The Wall Street analysts averaged 16.6 million, while the amateurs predicted 17.8 million.

As DeWitt points out, the average of the estimates works out to more than 100% year-over-year growth and would bring the cumulative total of iPhones sold to more than 125 million.

Doctor Q
I like seeing results accumulated from many analysts rather than hearing about one at a time. It feels more like an expert prediction and less like a stab in the dark.
Rating: 1 Votes