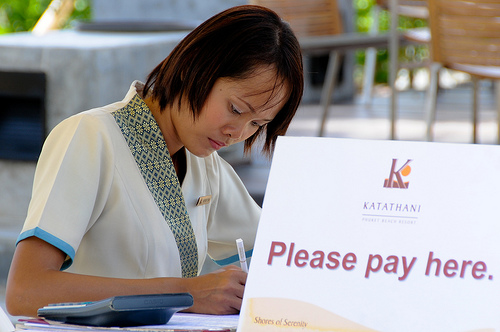 In Mid-May, several app developers, for both iOS and Android, received legal notification from a patent holding company named Lodsys, claiming that certain functions of their apps (such as the In-App Purchasing mechanism that Apple offers to developers) were in infringement of Lodsys patents.

After Lodsys filed lawsuits against seven iOS developers, Apple attempted to intervene on behalf of the defendants, but Lodsys has continued to send out legal threats to developers. Because of the way patent litigation is designed in the United States, it is frequently considerably cheaper to settle with patent-holders rather than fight it out in court -- even if the defendant believes they are right, because of the extraordinary costs involved with patent litigation.

This past weekend, Florian Mueller at FOSS Patents penned a lengthly article outlining what he believes is the most cost-effective strategy for developers who must deal with Lodsys. He makes it clear that his post isn't meant to be "legal advice" but it is a good starting point for smaller developers who might now know where to begin:

It's time to be pragmatic.

Lodsys won't go away quickly unless Apple and Google pay them many millions of dollars (which could happen anytime but might also never happen). Meanwhile, each app developer who faces this problem should make a rational and responsible decision -- even if it means to pay. So far there's no indication that Android developers can get away without paying, and iOS developers don't have a dependable basis for ignoring Lodsys's insistent demands.

Mueller's conclusion? License the patents to make Lodsys go away and get back to building great apps.

Lodsys is only a risk for you, not an opportunity to get rid of trolls or of software patents. Eliminate the risk now. Follow the two-step approach. Try to get coverage. If not (which is the most likely outcome), do a license deal. Do all of this with legal help, but don't let any lawyer persuade you of futile efforts. Pick the most direct path to a solution. Share the costs with other app developers. And when you've solved this problem, focus on more important, more interesting, more productive and more edifying things in life.


That's good, because Mueller is not a lawyer and most specifically not a patent lawyer. Note how often he gets details wrong when he discusses what patent cases mean or how they will proceed. He's being shot down by patent attorneys on the Web. So:

a) MacRumors should stop giving him credence on the subject of software patents.

b) Nobody should follow his advice without talking to a patent attorney. Talk to the experts, not the ones playing an expert on the Net.
Rating: 5 Votes

mmcc
Pay this troll and you can be sure many more will spring to life, each sucking a little bit more of your productive life. It is the new high-tech business model of this century.

I'd rather remove features, or even withdraw a product, than pay a patent troll.
Rating: 4 Votes

Alaerian
Lodsys isn't even a "real" company - they are a patent holding company. In other words, they're a complete shill.

It pisses me off that developers are basically losing to something that doesn't exist.
Rating: 4 Votes

0815
I would rather like to hear the advice from the Apple lawyers ....

For anyone getting targeted, the first action should probably be to contact Apples legal team and decide than based on their input.
Rating: 3 Votes

gnasher729
Florian Müller is at it again, and MacRumors is giving him an audience again. Pathetic.

Here some slightly different take on the situation for Lodsys under the headline "This is going to get expensive... for Lodsys".

If they came at me, the first thing I would do would be to talk to my legal staff about putting the money into an escrow account while the legal action was taking place. The next thing would be to ask about starting a class action lawsuit with the intent of destroying Lodsys. My third action would be to start looking for prior art on every patent Loadsys owns.

Sometimes the best course of action is to destroy your opponent at all costs. This reduces the odds of some other jerk coming at you in the future (If you survive.)


When you're just one guy writing iOS apps in your study in the evenings, the couple of £100 you make from the App Store aren't going to go far towards funding that...
Rating: 2 Votes


Right. Well, point being, pulling your app isn't necessarily going to get you off the hook for legal fees.

...
But I don't believe that pulling the product and removing the features means you are off the hook for past violations.

Don Kosak
Look, a small developer doesn't have much choice here. This sounds like practical advice.

It costs a small fortune to go to court, and the only ones who win are the law firms on both sides...

Often, a license (as a percentage of all future revenues) is all the patent holder is requesting. Especially in the case of tiny development shops.

It is possible in some cases that they will ask for a portion of previous revenues starting with the date the application began infringing upon the patent as well. If the total revenues aren't in the hundreds of thousands/million dollar range, they will probably ignore it, but they might ask anyway...

Unless you're making over a million dollars a year in sales, the licensing fee most likely a tiny fraction of the cost of having an attorney even look at your case.

Lodsys will use the fact that X number of (tiny) developers DID license the patent in their legal battle with the big guys, like EA or Zynga or whoever. They'll say, "Dozens (hundreds?) of iOS and Android developers saw the value and validity of the patent and elected to licensed it." And that is undoubtedly the MAIN thing Lodsys wants out of the small-time developers at this stage.

I've gone through this dance before. It's ugly, but it's how the system works.