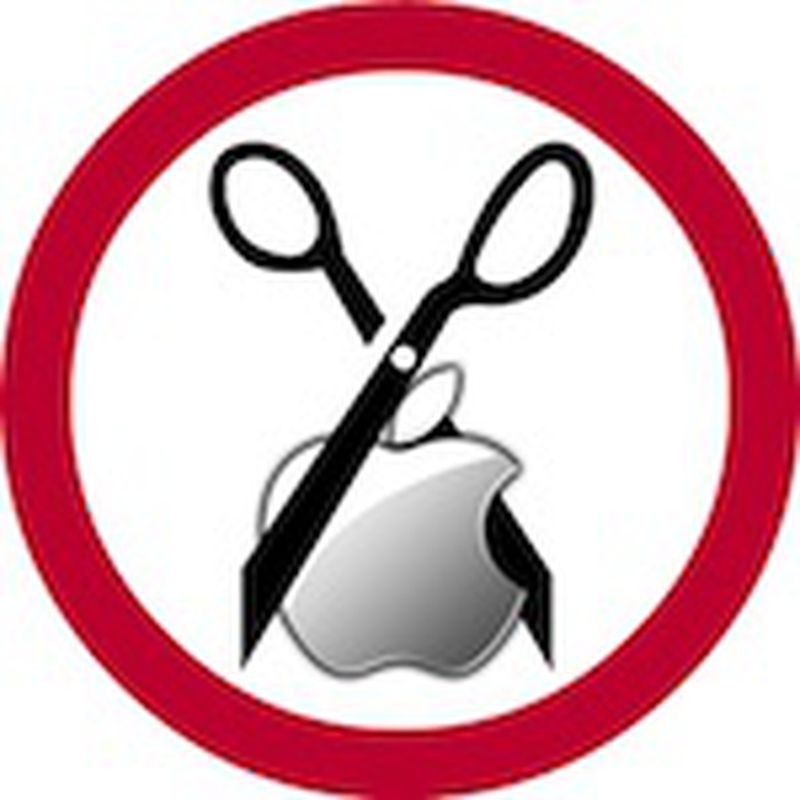 CNET reports that Apple is being targeted for protests by US Uncut, an organization seeking to stop companies from avoiding taxes, with the organization planning a series of protests at Apple's retail stores on June 4th. The organization is protesting Apple's participation in the "Win America Campaign" (WAC), an effort that has seen Apple banding together with other major companies to lobby for one-time tax breaks on profits currently being held overseas.

The group seeks to have Apple leave the WAC, which it claims is lobbying Congress for what would end up being a $4 billion tax cut for the company, as well as to cease other lobbying activities relating to "tax loopholes."

"Apple plays huge games with their taxes. By disguising profits in the U.S. as foreign earnings in low-tax countries, Apple dodges billions of dollars of taxes they should be paying," the group said in a statement this week.

US Uncut is also targeting Bank of America, Verizon, FedEx, GE, and BP with its June 4th "National Day of Action", although Apple appears to be the group's primary target for "dance-in" protests and other actions.

Meanwhile, setteB.IT reports that an Italian regulatory agency has taken action against Apple for its sale of AppleCare extended warranty programs that overlap with standard warranties required by European law, effectively selling customers warranty protection that they do not need.

Apple's standard warranties are good for one year, with AppleCare extended warranties pushing that coverage out to a total of two or three years depending on the product. European law requires, however, a standard two-year warranty, overlapping or entirely coinciding with Apple's separate AppleCare offerings. Complicating the issue are differing warranty requirements for manufacturers and sellers, requirements that Apple has apparently argued are being satisfactorily met but with which regulators disagree.

The actions taken by the Italian consumer agency could result in fines levied against Apple and serve as the basis for civil actions by customers.

NightFox
Why combine two entirely unrelated stories in the same article? Am I missing a common thread?
Score: 16 Votes (Like | Disagree)

ratzzo
If Apple unrightfully avoided their taxes, I don't find it too bad that they are put in the same bag as those who didn't. Just pay the amount you owe.

And I love European laws.
Score: 13 Votes (Like | Disagree)

dustinsc
There's an important distinction you learn in accounting classes between tax avoidance and tax evasion. A company would be stupid (and be doing a disservice to its shareholders) if it didn't pursue every legal avenue to avoid taxes. Tax evasion on the other hand, is illegally avoiding taxes, using methods that go against GAAP to hide profits or some other form of fraud.

I suspect Apple is avoiding taxes. In that case, if you want them to pay more in taxes, go after the government, not the company. You can't lobby a company to act irrationally and win.
Score: 11 Votes (Like | Disagree)

would it KILL you to manufacture SOMETHING in America? All you want to do is duck taxes and pay slaves to make your crap. Typical corporate blood-sucking whores.

Small White Car
You know, I love Apple. I'm a shareholder and I want them to become as rich as possible.

And yet...yeah. US Uncut is absolutely right. We should all be complaining about such things.

But I kind of think protesting the companies is stupid. They'll always try to get the best deal they can. They should, that's just smart. It's the government that sets the rules, we should be complaining to them if the rules aren't strong enough.

This is like standing by the side of the road with a 'slow down' sign instead of trying to actually change the speed limit.
Score: 8 Votes (Like | Disagree)

iStudentUK
I've been pointing out for ages that EU law offers protection to consumers that can make AppleCare unnecessary in some circumstances. Glad to see the Italians may be addressing this. However, EU law doesn't mandate a 2 year warranty, it is a bit more complex than that. People in the EU should not assume that all electronics they buy are automatically covered for 2 years. It is about understanding the subtle difference between the legal coverage and AppleCare and deciding if the extra money is worth it.
Score: 8 Votes (Like | Disagree)
Read All Comments

Wednesday April 1, 2020 2:45 pm PDT by Juli Clover
Apple in March updated both the MacBook Air and the iPad Pro, and with the iPad Pro increasingly positioned as a computer replacement, we thought we'd compare both new machines to see how they measure up and which one might be a better buy depending on user needs. Subscribe to the MacRumors YouTube channel for more videos. We're comparing the base model 12.9-inch iPad Pro and the base model...
Read Full Article • 67 comments