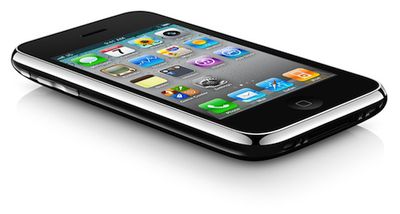 Eldar Murtazin, editor-in-chief of Russian mobile phone blog Mobile-Review today reported in a Tweet (via MacStories) that iOS 5 will not be compatible with the iPhone 3GS, limiting the next-generation operating system to the current iPhone and of course new models yet to come as far as the iPhone is concerned.

The information is unverified and it is unclear from where Murtazin obtained the information, but he does have a very solid reputation in the mobile phone rumor community. Murtazin does not, however, frequently report on Apple's plans.

iOS 4.0 was released last June with compatibility for the iPhone 3G, 3GS, and 4, although some of the iOS 4 features were not available on the older hardware. That fragmentation continued until Apple finally discontinued support for iPhone 3G updates with the release of iOS 4.3 earlier this year, leaving that device at a maximum operating system version of iOS 4.2.1.

Limiting iOS 5 to a minimum of iPhone 4 hardware would be a significant shift toward high-end hardware requirements, particularly considering that Apple still sells the iPhone 3GS. iOS 5 has, however, been reported to be a significant reworking of the company's mobile operating system, and Apple may simply feel that only the latest hardware (relatively speaking) will offer a satisfactory experience.

German
They are still selling the 3Gs.
So they should offer at least security updates, if that rumor will be true.
Score: 26 Votes (Like | Disagree)

Shouldn't really come as a surprise to anyone.


The fact that Apple is still selling the iPhone 3GS makes this pretty ridiculous. At least 3G supported some versions of iOS 4, although it didn't get much of the new features and made it laggy as hell. Buy a brand new phone today and you won't be able to get the newest OS in few months. Well, I guess it is Apple's way to make money.
Score: 26 Votes (Like | Disagree)

The fact that Apple is still selling the iPhone 3GS makes this pretty ridiculous. At least 3G supported some versions of iOS 4, although it didn't get much of the new features and made it laggy as hell. Buy a brand new phone today and you won't be able to get the newest OS in few months. Well, I guess it is Apple's way to make money.


I agree. It's forced obsolence, nothing more. If an ip4 can handle iOS5, so can a 3GS. Their processors are from the same family of ARM cores and they share the same GPU IIRC. That's different than the comparatively slow 3G to 3GS.

...for a fraction of the price. People buying the 3GS already know they are buying an outdated phone in the first place.


Not being able to install the latest and greatest version of an operating system does not make a product obsolete...

It still does everything and more than it did when it was purchased, so there really is no need to complain.
Score: 21 Votes (Like | Disagree)

Ambrose Chapel
Given how slow the iPhone 3G runs under iOS 4, I can't say I'm surprised. I bet iOS 5 will have optimizations for the A-class processors, and the A4 will be the cutoff.
Score: 20 Votes (Like | Disagree)

miles01110
Shouldn't really come as a surprise to anyone.
Score: 16 Votes (Like | Disagree)

decimortis
With my 3GS getting kicked in the balls by iOS 4.death, I wouldn't consider installing iOS 5 even if I could.