Why ARM Doesn't Have to Beat x86 to Win 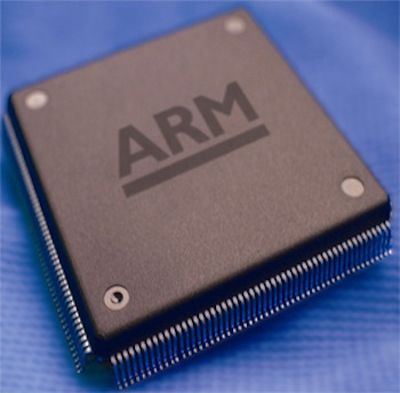 An Arstechnica article from February outlines some of the challenges Intel has with the emerging strength of ARM processors. While Ars points out that ARM simply can't beat Intel from a performance perspective -- at least any time soon -- they also point out that they don't have to become dominant in the marketplace.

If it turns out that the ARM ecosystem can get within a factor of two of x86 in terms of performance and performance per watt as ARM chips move to higher levels of size and complexity, and if that ecosystem can simultaneously keep the cost of ARM chips much lower than that of x86 chips, then ARM could do to x86 what x86 did to Alpha, MIPS, SPARC, PowerPC, and the other RISC workstation architectures. Intel used its process strength to get close enough to RISC workstation and server performance that the PC's status as a low-cost commodity machine gave the PC an edge. We all know how the story played out: the high-end RISC vendors were marginalized, as the lower volumes on their now-boutique chips kept their prices up; meanwhile, Intel relentlessly narrowed the performance gap and moved the PC into new markets because it was dramatically cheaper and almost as good.


this is not a rumor.

no it's confused and misguided analysis about a non issue for the time being.

adcx64
Without a doubt, as long as apple keeps the APIs, the transition will be smooth
Score: 2 Votes (Like | Disagree)

... although AMD tried the same and even outperformed Intel chips in the past, Apple does have the financial ability to overcome the aggression that Intel is going to hit the market with.


Apple isn't trying beat Intel, they work together in a lot of markets.


Apple seems just fine taking the best fitting product from the best computer they design, be it AMD, Intel or ARM
Score: 2 Votes (Like | Disagree)

the biggest problem is that Intel stole the technology from Digital. Coupled with Digital's new CEO running the company into the ground, the Alpha chip never really took off. Otherwise Intel would be in the same league as AMD right now, with Digital leading the way in processors. Sad really, cause CISC architecture is much better this RISC. That is the #1 reason why Apple computers were so powerful back in the day with lower speeds.

The problem now is that so much software is tightly integrated into the x86 architecture. Imagine the nightmare of having to try and shift over to a newer technology.

the biggest problem is that Intel stole the technology from Digital. Coupled with Digital's new CEO running the company into the ground, the Alpha chip never really took off. Otherwise Intel would be in the same league as AMD right now, with Digital leading the way in processors. Sad really, cause CISC architecture is much better this RISC. That is the #1 reason why Apple computers were so powerful back in the day with lower speeds.

The problem now is that so much software is tightly integrated into the x86 architecture. Imagine the nightmare of having to try and shift over to a newer technology.


Just a minor correction regarding your first point, AMD licensed DIGITAL IP which became the basis of their Athlon CPU - it also forms the basis for hypertransport which competes with Quickpath. HP then bought Compaq which then shared the Alpha related technology with Intel as they both worked together on Itanium as a replacement for their MIPS (Tandem), Alpha (Digital) and PA-RISC (HP) lines so that there would be a single architecture underpinning the three platforms.

Regarding RISC vs. CISC - there is no pure RISC or CISC based architectures just as there are no pure monolithic or micro kernels out there in the mainstream; the industry pretty much settled on hybrids of the two extremes rather than be carried away with the politics of one way of doing something over another. If you have a look at the latest Core 2 and future designs as Arstechnica went into depth there are CISC ideas that are actually beneficial when it comes to efficiency.

Regarding your final point there isn't enough benefits to outweigh the pain associated with moving from x86 to ARM. The move from PowerPC was after years of broken promises, an architecture that was more or less dead on the desktop and suppliers unable to keep up with the demands of Apple's growing business. Compare that litany of woes to the more or less smooth sailing with Intel at their side - when ever Apple needs a component Intel can meet the order without breaking a sweat.

I'll bet my bottom dollar that those people who started the rumours probably got the wrong end of the stick - the same idiots who claimed that 10A432 wasn't the Golden Master for Snow Leopard but 10A435 was only to be shown for a pack of fools when 10A432 was the official retail build (funny enough all traces of those tweets from back then have disappeared off the radar, idiots ashamed of their stupidity?).

Some of the rumours so far have been common sense (Verizon iPhone, the iPad being a natural evolution of the iPod Touch etc) but some just defy basic common sense such as the ARM rumour.
Score: 1 Votes (Like | Disagree)
Read All Comments