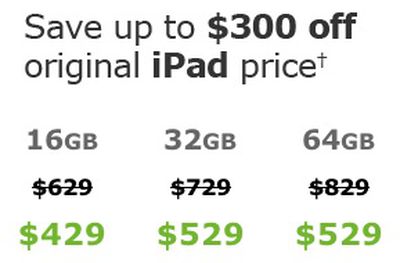 Despite the advertisement, the 32 GB model is currently showing as out of stock on AT&T's website, although it seems obvious that any customers at this point would opt for the 64 GB model at the same price point anyway.

The clearance pricing comes with the caveat that no returns or exchanges are permitted, but any purchases would of course be fully covered by Apple's warranty and Genius Bar support.