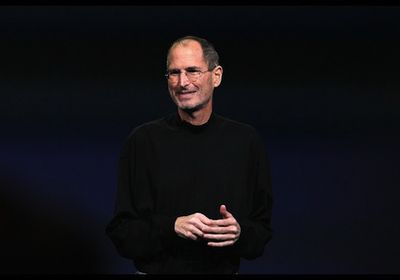 Forbes today released its annual list of the world's billionaires, ranking Apple CEO Steve Jobs in a tie for 110th place with a net worth of $8.3 billion. Jobs' net worth is up from $5.5 billion and 136th place in last year's rankings. Jobs' net worth also ranks 34th among billionaires in the United States.

In March the Apple founder made a surprise appearance at the unveiling of his iPad 2, after taking medical leave in January. Insanely creative Apple chief transforms a multibillion-dollar industry every few years. First, personal computers with Apple II, Macintosh; then film with Pixar; music (iTunes), mobile (iPhone). Now iPad is treated as messiah tablet, savior for publishing industry. Apple still sells computers, but twice as much revenue now comes from music distribution and hand-held devices. Shot past long-time rival Microsoft as world's most valuable tech company in May. Shares of Apple surged more than 80% over the last year. Still, the majority of Job's fortune comes from Disney; as largest shareholder he owns about $4.4 billion of stock. Reed College dropout founded Apple 1976.

Mexican telecommunications tycoon Carlos Slim Helu holds the top spot for the second consecutive year with a net worth of $74 billion, easily outdistancing Microsoft founder Bill Gates and his $56 billion fortune. Despite strong growth in the fortunes of other billionaires, Gates' net worth has remained relatively stable over the past few years as he and his wife Melinda have siphoned off over $28 billion to support their foundation's philanthropic endeavors.

Clearly you did not. Bill Gates siphoned off 28B. 3.5 times stevies net worth.


Jobs is greedy and doesn't donate to charity. He wants it all for himself.
Score: 2 Votes (Like | Disagree)

Why do you think he should give to charity, or anyone? It's his money and he can keep it if he wants.


When someone passes the money isn't going with them, that's why billionaires such as Gates and Buffet have pledged to give up 50% of their wealth over their life times, it feels good to help others, and it makes no sense to just let the money sit there for nothing, they have more than enough to support themselves and their families.
Score: 2 Votes (Like | Disagree)

camelsnot
and an ego to match.

Say what you will about Microsoft and Gates, but he does offer up a lot of his money and time to charities (including establishing his own). it is a shame $teve doesn't share that same enthusiasm for helping his fellow man, but in the end he's more concerned with running a tight ship and checking his bank account each night. But hey.. people seem to still love him and his products, so being selfish and egotistical does pay off.

I'll be buying an ipad2 tomorrow, along with others, in a bid to get him at least in the top 100 before he croaks. YOU CAN DO IT STEVE!!! :apple:
Score: 2 Votes (Like | Disagree)

Xeperu
I'm gonna make a very ****** comment now, but I feel it's one of those facts in life we cannot deny.

h4lp m3
I know it's already an absurd amount of money, but I wish Steve would break the #100 stop before he dies. I just hate how stupid people (like Bernard Arnult) who are born into being the richest.
Score: 1 Votes (Like | Disagree)

While none of us (except the turtlenecked guy and his accountants, if they're reading) know what Jobs' charitable contributions are, he did miss one chance to leave a legacy to Silicon Valley.

In 1984, Jobs bought a stunning, historical mansion in the foothills above Silicon Valley - the Jackling House (http://us.gizmodo.com/#!5763219/exclusive-shots-of-steve-jobs-demolished-house), a 14,540-square-foot, 14-bedroom home designed by a famous architect.

Whereas other wealthy people have left significant homes for the public (Villa Montalvo and Filoli in the immediate area, for example), Jobs decided that he wanted to build something shinier.

Therefore, instead of leaving a legacy for the region, an architectural gem has been

What a petty, selfish act - when a small fraction of his wealth could have left the "Jobs-Jackling House" as an enduring legacy.


It seems interesting to me that for example in wikipedia, the amount of text describing how the Evil Steve Jobs demolished the house far outweighs any text about the house itself. For example in the page for George Washington Smith, nothing is said about this house at all, except that Steve Jobs pulled it down. The page about Jackling gives no information about the house itself except the year it was built and the architect, followed by a length article about Steve Jobs, longer actually than the text about Daniel C. Jackling himself.

I would conclude that the only thing of importance about the house is that Steve Jobs demolished it.
Score: 1 Votes (Like | Disagree)
Read All Comments