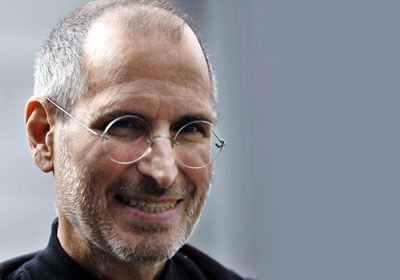 In its annual list of the world's billionaires, Forbes this year ranked Apple CEO Steve Jobs in a tie with six others for 136th place with a net worth of $5.5 billion. Jobs' net worth is up from $5.1 billion in an October 2009 Forbes ranking of richest Americans and up from $3.4 billion and 178th place in last year's world ranking.

Jobs is Disney's largest individual shareholder by virtue of the company's 2006 acquisition of Pixar, and continued increases in Disney's stock price since a deep low almost exactly a year ago have pushed his stake in the company to $4.2 billion. Apple's stock, meanwhile, has continued to soar and is up more than 150% over the past year.

Mexican telecommunications tycoon Carlos Slim Hel took the top spot in this year's rankings at $53.5 billion, just ahead of Microsoft founder Bill Gates, who had held the top spot 14 out of the previous 15 years.

Monday August 8, 2022 10:43 am PDT by Juli Clover
With the fifth beta of iOS 16, Apple has updated the battery icon on iPhones with Face ID to display the specific battery percentage rather than just a visual representation of battery level. The new battery indicator is available on iPhone 12 and iPhone 13 models, with the exception of the 5.4-inch iPhone 12/13 mini. It is also available on the iPhone X and the iPhone XS. Battery percent...
Read Full Article • 311 comments