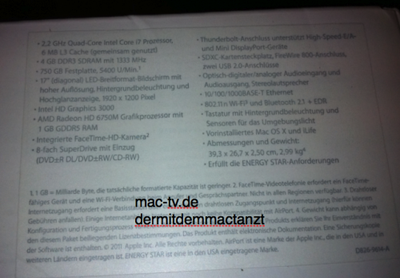 We're still compiling the rest of the data which appears to be:

The full part numbers are listed here, provided by Mr.X. All models ship within 24 hours.

No prices yet, but we expect the Apple Store to come back up by 8:30am eastern.

Sunday October 2, 2022 6:41 am PDT by Joe Rossignol
Apple is developing new iPad Pro, Mac, and Apple TV models, and at least some of these products will be released in October, according to Bloomberg's Mark Gurman. However, Gurman continues to believe that Apple is unlikely to hold an event this month. In the latest edition of his Power On newsletter, Gurman said "the big iPhone 14 unveiling last month was probably it for Apple in 2022 in...
Read Full Article • 157 comments