Apple Not Planning to Launch a Smaller iPhone 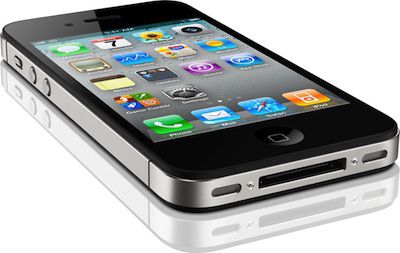 The NYTimes reports that although Apple is working on making a cheaper iPhone as well as integrating voice commands, the company is not planning on launching a smaller iPhone:

But contrary to published reports, Apple is not currently developing a smaller iPhone, according to people briefed on Apple's plans who requested anonymity because the plans are confidential.

The next generation iPhone is being worked on by Apple engineers, and according to the newspaper it is "likely to be similar in size" to the current iPhone.

A smaller screen would require developers to rewrite Apps to accommodate the new form factor -- an issue Apple hopes to avoid. Apple executives also note that they plan on dropping the price of the previous model when the new model is introduced. That means the iPhone 4 will likely take the place of the $49 iPhone 3GS when a new model is introduced.

The NYTimes piece, however, does seem to confirm some of the details given in the original Wall Street Journal report. Notably, Apple is working on making it easier to use voice commands to navigate the device. Apple is also working on changing some of the internal components to reduce costs to possibly sell versions of the iPhone at a cheaper price.

"Although the innards of the phone, including memory size or camera quality, could change to offer a less expensive model, the size of the device would not vary," said the person, who has worked on multiple versions of the device.

Sunday February 5, 2023 6:06 am PST by Hartley Charlton
A new version of the Mac Studio with the "M2 Ultra" chip is unlikely to arrive in the near future, according to Bloomberg's Mark Gurman. In the latest edition of his "Power On" newsletter, Gurman explained that since the upcoming Apple silicon Mac Pro is "very similar in functionality to the Mac Studio," Apple may wait until the release of M3- or M4-series chips to update the machine, or...
Read Full Article • 506 comments

Saturday February 4, 2023 1:30 am PST by Hartley Charlton
Google's Chromium developers are working on an experimental web browser for iOS that would break Apple's browser engine restrictions, The Register reports. The experimental browser, which is being actively pursued by developers, uses Google's Blink engine. Yet if Google attempted to release it on the App Store, it would not pass Apple's App Review process. Apple's App Store rules dictate...
Read Full Article • 303 comments