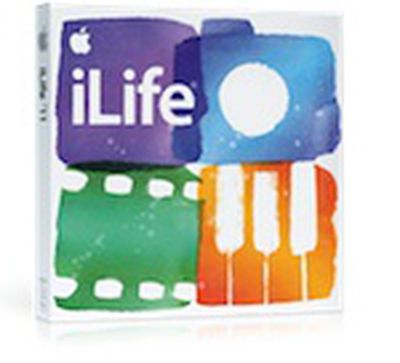 Apple today released a pair of updates for its iLife '11 suite, addressing issues with the iMovie and GarageBand components of the popular software.

iMovie 9.0.1 weighs in at 27.52 MB and improves overall stability and addresses several other issues.

This update improves stability and fixes other minor issues, including:

- Fixes an issue where stabilization would not be applied correctly to some video clips from iPhone and iPod touch.
- Fixes an issue that prevented use of some valid Facebook passwords that contained non-alphanumeric characters.
- Improves compatibility with some cameras that create content in multiple formats.
- Improves performance when scrolling the Project Library.

The update is recommended for all iMovie 9 users and requires Mac OS X 10.6.3 or later.

This update improves overall stability, and addresses compatibility and a number of other minor issues.

The update is recommended for all GarageBand '11 users and requires Mac OS X 10.6.3. or later.