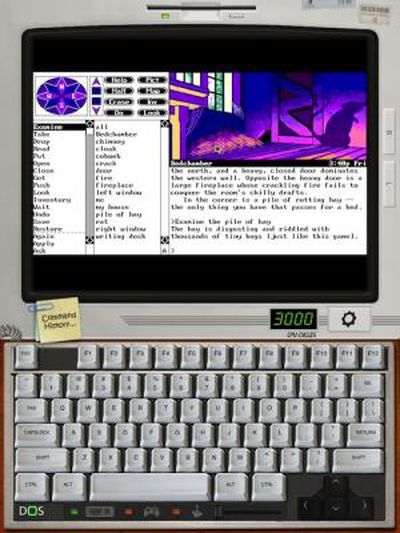 iDOS running DOS on an iPad
Our sister site TouchArcade is following the story of iDOS, a new emulator application that appeared in the App Store earlier today which allows users to run DOS and even Windows 3.0 on their iOS devices.

While the full capabilities of the emulator are still being discovered, the $0.99 application already boasts an impressive set of features. It is unclear whether Apple's approval of iDOS was in line with the company's broadened guidelines and whether it will continue to be offered in the App Store as news of its capabilities begins to spread.

iDOS is compatible with iPad, iPhone, and iPod touch, and requires iOS 3.1.2 or later.

iDOS running Solitaire in Windows 3.0 on an iPad
Update: Apple appears to have pulled iDOS from the App Store.
Related Forum: iPhone
[ 274 comments ]

Thursday September 29, 2022 12:38 pm PDT by Juli Clover
Tony Blevins, Apple's vice president of procurement, is set to depart the company after he made a crude comment about his profession in a recent TikTok video, reports Bloomberg. Blevins was in a video by TikTok creator Daniel Mac, who was doing a series on the jobs of people he spotted with expensive cars. After seeing Blevins in an expensive Mercedes-Benz SLR McLaren, Mac asked Blevins what ...
Read Full Article • 684 comments