Steve Jobs Ranked as 42nd Richest American With Net Worth of $6.1 Billion 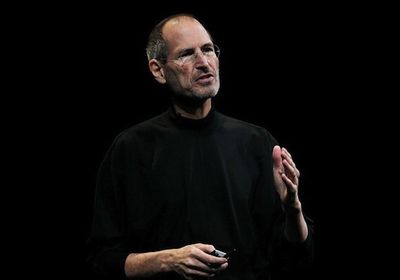 Forbes has released its annual list of the 400 richest Americans, and Apple CEO Steve Jobs checks in in 42nd place with a net worth of approximately $6.1 billion. Jobs gained $1 billion in net worth over last year's calculations, but moved up only one position in the rankings.

In January he unveiled Apple's iPad tablet amid a media frenzy; the device has so far beaten the hype with more than 3 million sold since April. In May Apple's market cap overtook Microsoft's to become the most valuable tech company in the world. Despite a super-publicized antenna problem, Apple's latest iPhone sold 1.7 million units 3 days after launch. Majority of fortune comes from Disney; as largest shareholder owns about $4.4 billion of stock. Reed College dropout founded Apple 1976.

Microsoft founder Bill Gates remains at the top of the list for the 17th consecutive year with a net worth of $54 billion, up $4 billion from last year but still below his recent high of $59 billion in 2007. The report also notes that Gates has poured $28 billion into charity, primarily through the Bill & Melinda Gates Foundation.
[ 231 comments ]

Friday September 23, 2022 7:08 am PDT by Joe Rossignol
Apple plans to release new MacBook Pro models in the fourth quarter of 2022, according to supply chain publication DigiTimes. The report does not mention specific models, but it very likely refers to the next-generation 14-inch and 16-inch MacBook Pros given that the 13-inch model was already updated earlier this year. There has been uncertainty surrounding the timing of new 14-inch and...
Read Full Article • 163 comments