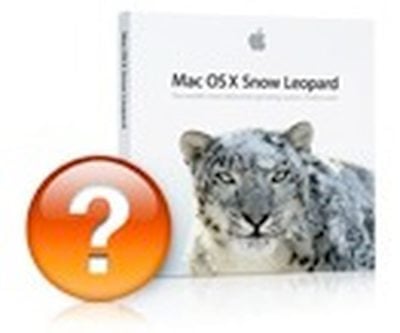 MacRumors has received word today that Apple has seeded yet another version of Mac OS X 10.6.5, termed Build 10H542, to select developers. According to those familiar with the release, the new build offers the following improvements:

Apple's most recent developer seed of Mac OS X 10.6.5 before today was Build 10H535, released to the general Mac OS X developer community on September 2nd. Apple had generally been sticking to a weekly release cycle for new builds, and it is unclear why this build has seen a longer interval since the previous release. It is possible that Apple has been devoting its developer resources primarily to iOS 4.1 since its announcement on September 1st and public release last week, but such a conclusion is merely speculation at this point. A public release date for Mac OS X 10.6.5 remains unknown.