Safari-Based Jailbreak Available for iOS Devices, Including iPhone 4 and iPad 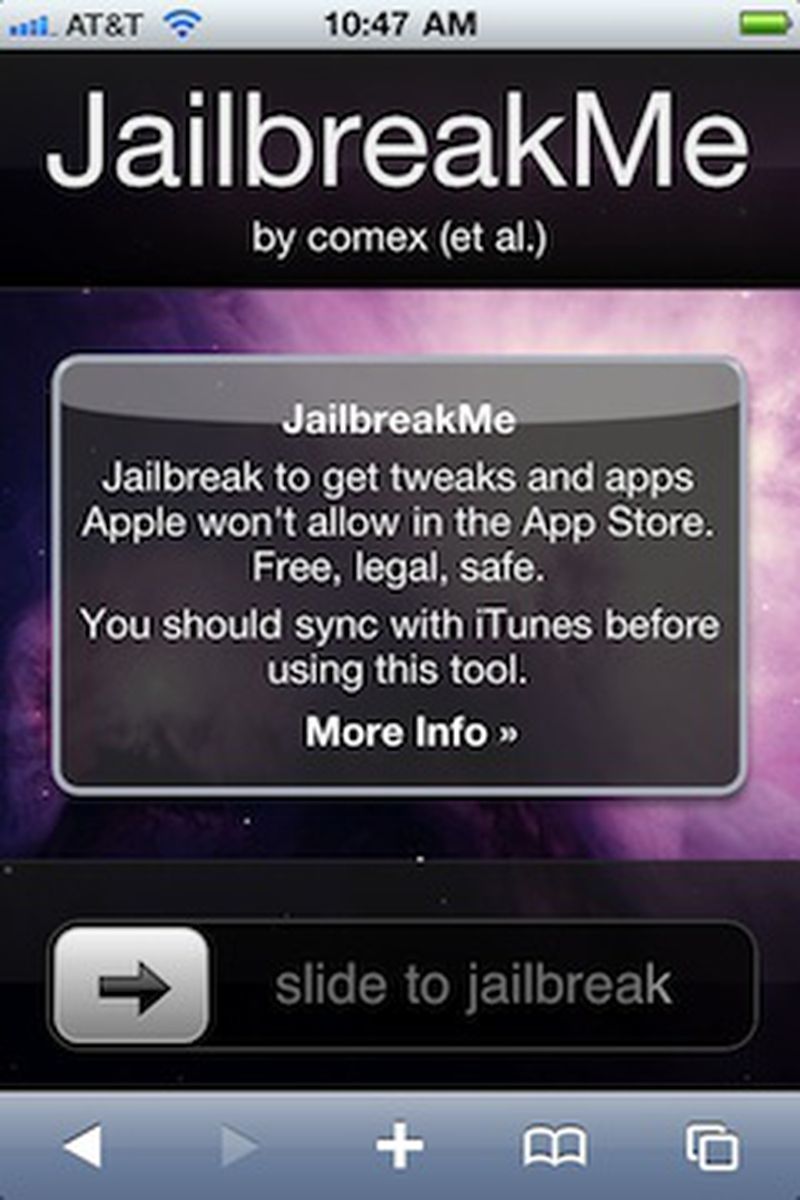 JailbreakMe, a new web-based jailbreak has been released, offering users of Apple's iOS devices, including iPhone 4 and iPad, a simple tool to open up their devices for installation of non-Apple-approved applications, customizations, and file access. Users need only visit the JailbreakMe.com site with their iOS devices and activate the "Slide to Jailbreak" switch to open up their devices.

Just last week, the U.S. Library of Congress issued a specific exemption to the Digital Millennium Copyright Act to allow smartphone users to jailbreak their devices without running afoul of the legislation.