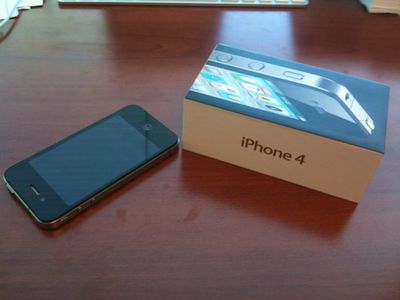 While Apple contacted a number of iPhone 4 pre-order customers to notify them that their shipments would be arriving tomorrow, a day ahead of the official launch, a number of customers today began noticing that their tracking information was showing packages out for delivery today.

Sure enough, MacRumors readers are reporting that they already received their shipments and have been posting pictures of the unpacking process.

Users receiving their iPhone 4 orders today are asked to send photos and impressions of the new device to tips@macrumors.com as they receive them.

Update: We've received a brief video recorded with a new iPhone 4 received by one of our readers. [Link to Raw Video]