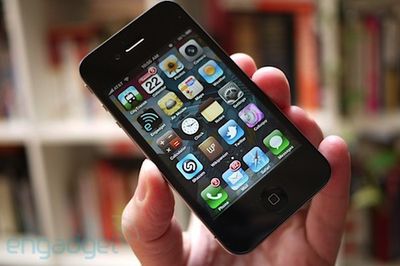 Apple's embargo on iPhone 4 reviews has been lifted, and the big names in tech journalism have been rolling out their detailed thoughts on Apple's new device that is scheduled to officially launch on Thursday but has already made its way into the hands of a few lucky customers.

Here are a few choice snippets from some of the high-profile reviews coming out today:

I've been testing the iPhone 4 for more than a week. In both hardware and software, it is a major leap over its already-excellent predecessor, the iPhone 3GS.

It has some downsides and limitations - most important, the overwhelmed AT&T network in the U.S., which, in my tests, the new phone handled sometimes better and, unfortunately, sometimes worse than its predecessor. I'll get into that below. But, overall, Apple has delivered a big, well-designed update that, in my view, keeps it in the lead in the smartphone wars.

Despite the strong initial, positive reaction, this must still be a nerve-racking time to be Apple; the iPhone is no longer the only worthy contender. Phones running Google's Android software are gaining rave reviews and packing in features that iPhone owners can only envy. The Android app store is ballooning, multiple phone makers are competing, and Google updates the software several times a year. Apple releases only one new model a year, so the new iPhone had better be pretty amazing to compete.

The new iPhone 4 I've been testing for about a week and a half - along with the major refresh of the mobile operating system software at the core of recent models - demonstrates once again why Apple's handset is the one to beat, even as it faces fierce competition from phones based on Google's Android platform, among others.

The fourth incarnation of Apple's iPhone is an incrementally improved, familiar device - not a new kind of device, as was the case with the recent introduction of iPad. Yes, the notable features with iPhone 4 - both the device and the iOS4, which came out yesterday in advance of the iPhone itself - are mostly tweaks. But what tweaks they are: Apple's focus on improvement is as much key to the quality of its products as innovation. But there's one flaw it can't completely eliminate: the unreliable quality of calls placed over AT&T, which remains the iPhone's only U.S. carrier.

We're not going to beat around the bush -- in our approximation, the iPhone 4 is the best smartphone on the market right now. The combination of gorgeous new hardware, that amazing display, upgraded cameras, and major improvements to the operating system make this an extremely formidable package. Yes, there are still pain points that we want to see Apple fix, and yes, there are some amazing alternatives to the iPhone 4 out there. But when it comes to the total package -- fit and finish in both software and hardware, performance, app selection, and all of the little details that make a device like this what it is -- we think it's the cream of the current crop.

Stay tuned over the next several days as we continue to cover the iPhone 4 launch and all of the latest developments.