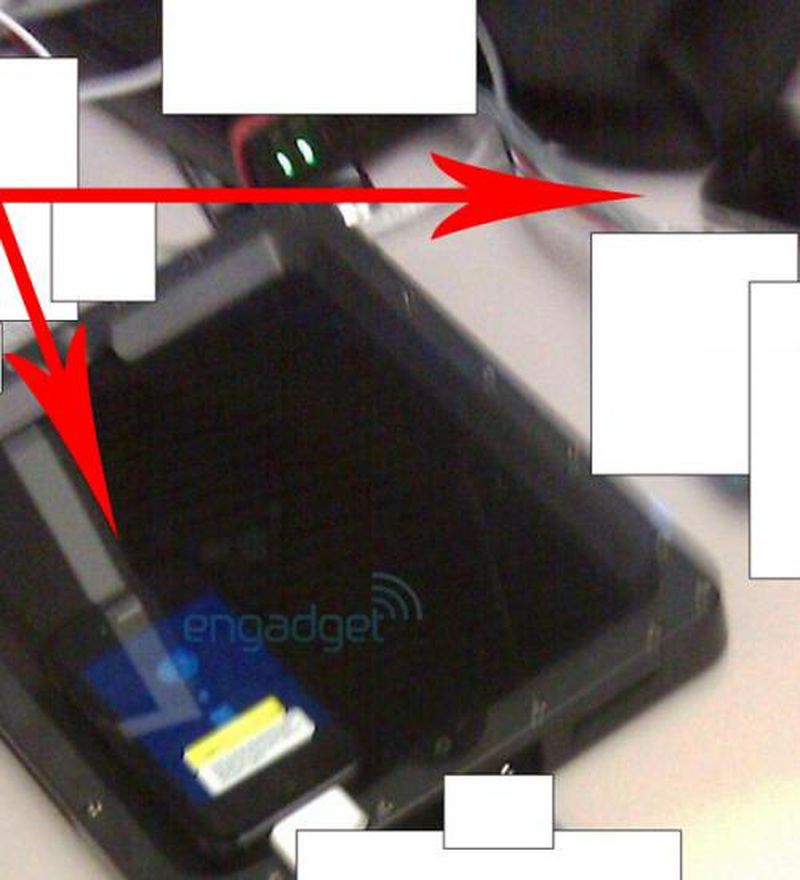 Engadget keeps the dream alive with evidence that the iPhone 4G photos they posted are indeed authentic. They point to this legitimately leaked iPad image which apparently included a shot of the new device in the top right corner (see arrows above). Besides this photo evidence, they claim that they have a source which does claim that this is the next generation iPhone with higher resolution screen, front-facing camera, higher resolution camera with flash and takes MicroSIM cards.

More photos of the internals of the device have been posted to our forums. The original images came from Chinese forum Weiphone.