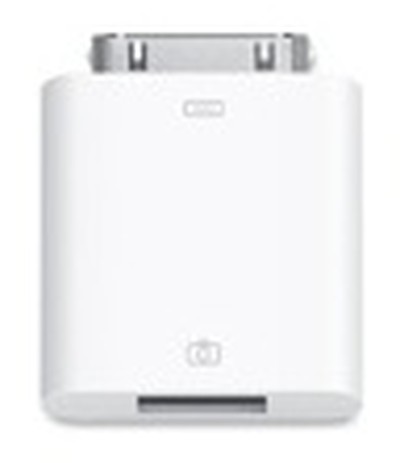 Create Digital Music reports that the iPad may be able to support the use of USB audio interfaces via the Camera Connection Kit offered as an accessory by Apple and set to begin shipping later this month. Such a move would make the iPad much more appealing to music professionals looking for a portable device to interface with their equipment.

According to second-hand sources and a post to a public mailing list, the upcoming Apple iPad accessory adapter for cameras, the iPad Camera Connection Kit, will support audio interfaces that are compatible with the USB Audio Class. I don't have official confirmation from Apple, and the adapter itself appears not to be shipping until later this month, so file this as "likely, but unconfirmed." But it's one to watch, and comes as a surprise to me. (Generally, camera accessory kits aren't a way of providing audio expansion.)

The report points to a mailing list posting apparently from Apple software engineering manager Bill Stewart outlining his team's efforts in this regard.

While the report notes that most pro audio interfaces are not compatible with USB Audio Class and instead use custom drivers, there are a few devices on the market that should be compatible and more would be likely to come in the future as a market for class-compliant interfaces becomes established.

Friday June 18, 2021 9:41 am PDT by Sami Fathi
After a long wait, YouTube for iOS is officially gaining picture-in-picture support, allowing all users, non-premium and premium subscribers, to close the YouTube app and continue watching their video in a small pop-up window. In a statement to MacRumors, YouTube says that picture-in-picture is currently rolling out to all premium subscribers on iOS and that a larger rollout to all US iOS...
Read Full Article • 140 comments

Friday June 18, 2021 2:06 am PDT by Sami Fathi
Intel may see its market share fall to a new low next year, in large part thanks to Apple's decision to move away from using Intel processors in its Mac computers and instead use Apple silicon. Apple announced last year that it would embark on a two-year-long journey to transition all of its Mac computers, both desktops, and laptops, to use its own in-house processors. Apple is expected to...
Read Full Article • 153 comments