Gruber: No 'Widget Mode' for Minor Applications on iPad 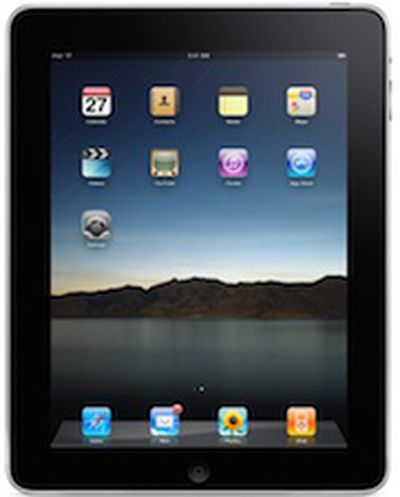 Last month, speculation that a number of minor iPhone applications such as Stocks, Weather, Voice Memo, Clock, and Calculator "missing" from the iPad could reappear in some sort of "widget mode" similar to Dashboard on Mac OS X received a bit of publicity.

According to Daring Fireball's John Gruber's sources, however, there is no secret "widget mode" and these applications were in fact scrapped by Apple CEO Steve Jobs after internal "blown up" versions of them for the iPad were deemed unsatisfactory.

It's not that Apple couldn't just create bigger versions of these apps and have them run on the iPad. It wasn't a technical problem, it was a design problem. There were, internally to Apple (of course), versions of these apps (or least some of them) with upscaled iPad-sized graphics, but otherwise the same UI and layout as the iPhone versions. Ends up that just blowing up iPhone apps to fill the iPad screen looks and feels weird, even if you use higher-resolution graphics so that nothing looks pixelated. So they were scrapped by you-know-who. Perhaps they'll appear on the iPad in some re-imagined form this summer with OS 4.0, but when the iPad ships next month, there won't be versions of these apps. At least that's the story I've heard from a few well-informed little birdies.

Gruber further notes that, while some iPhone games will work well on the iPad, simpler non-game iPhone applications will just feel strange whether run full-screen or in the iPhone-sized box in the middle of the screen. Similar observations were made by a number of attendees at Apple's media event to introduce the iPad. In particular, the Facebook iPhone application was thought by many to look and feel slightly "off" at the expanded size.

Many developers will likely take advantage of the iPad's expanded screen real estate to offer enhanced versions of their iPhone applications, and Apple could easily due the same with its own minor applications if it so chooses, but it may take some time for those reworked versions to be completed.

Friday September 30, 2022 12:51 pm PDT by Juli Clover
Apple CEO Tim Cook has been touring Europe this week, sitting down for interviews with various media publications. Augmented reality has been a running theme in Cook's discussions, and it is a topic he brought up again in an interview with Dutch publication Bright, which is part of RTL News. "I think AR is a profound technology that will affect everything," Cook said, echoing comments from...
Read Full Article • 291 comments