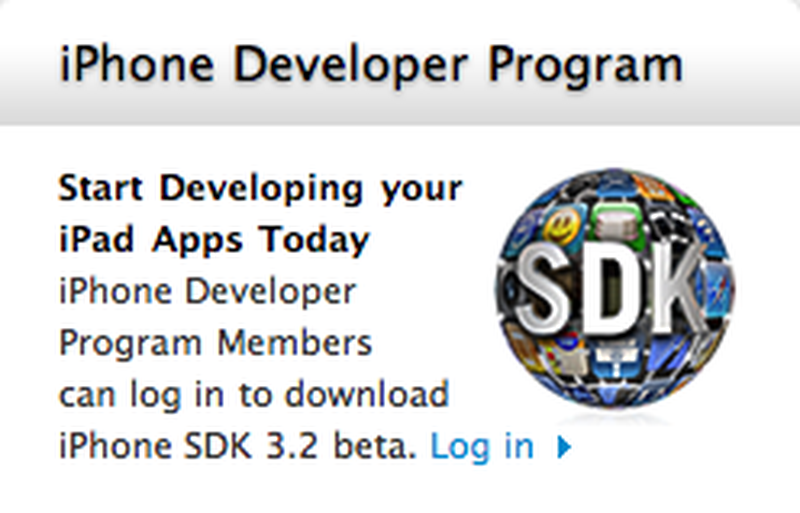 Apple has released to developers the iPhone SDK 3.2 Beta 2 for iPad. The 3.2 SDK was first released in January so developers could begin adapting their iPhone applications for the iPad.

The SDK supports the 1024x768 screen size of the iPad amongst other new interface features. Early word on the new SDK shows few major differences between the first and second betas though additional details may leak out over the next few days.