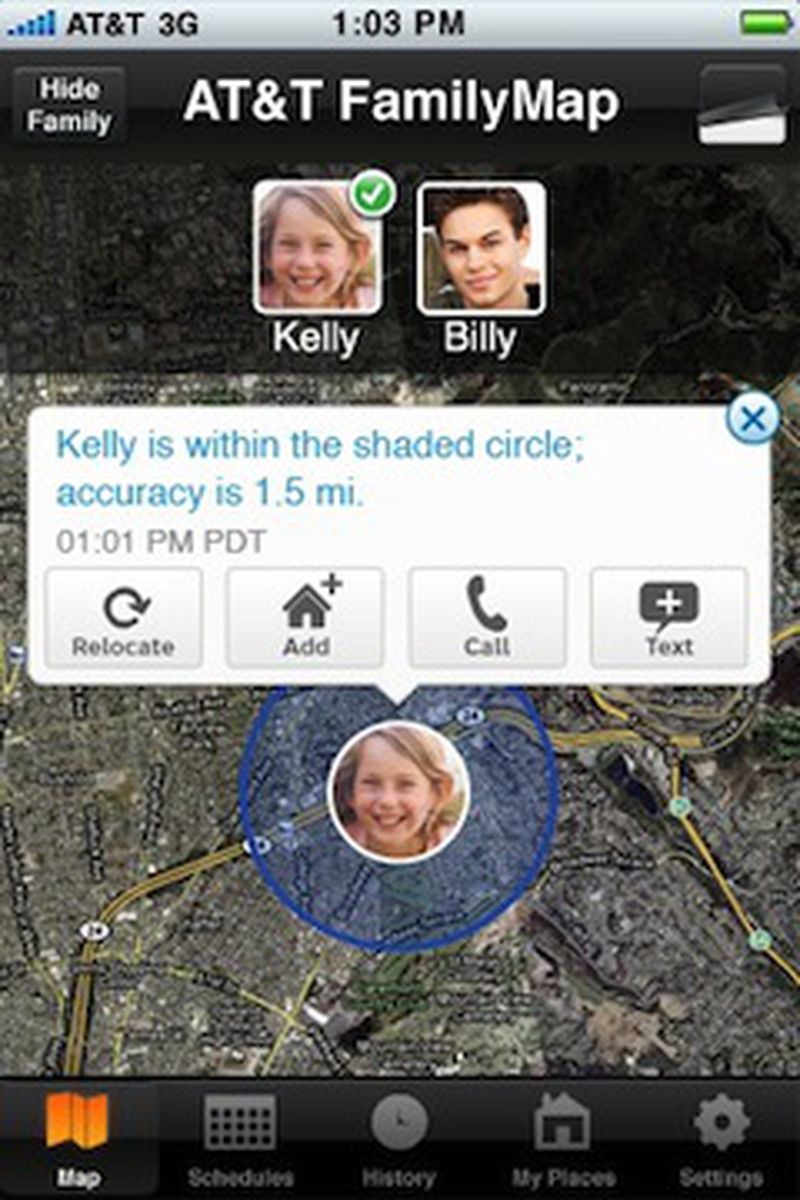 AT&T today announced the release of AT&T FamilyMap, a new iPhone application that integrates with the company's existing FamilyMap service to allow families to keep track of each other while on the go.

The AT&T FamilyMap app brings a streamlined approach to helping families stay up to speed on each other's whereabouts by locating wireless devices within a shared family account. The app provides iPhone users with access to FamilyMap's popular features, which until now, were only accessible through a computer.

The FamilyMap service is priced at $9.99 per month for two phones or $14.99 per month for up to five phones charged to the customer's AT&T bill. The iPhone application carries no additional charge beyond the monthly subscription.

Features offered in the service include the ability to view each phone's whereabouts on an interactive map, as well as the ability to label frequently-visited locations on the maps for easy reference. The application also offers on-demand locating, integrated messaging via e-mail, SMS, and voice, and automated checks to see if a family member is on schedule to reach a given location.