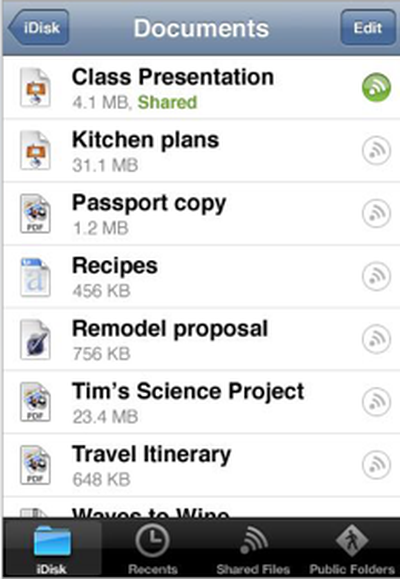 Apple's MobileMe iDisk application for iPhone [App Store, Free], which has been listed as a forthcoming feature since Apple revamped its iPhone feature pages following its Worldwide Developers Conference in early June, is now available for download from the App Store. The application allows MobileMe members to easily browse and view files stored on their iDisk and share files with others via integrated e-mail links.

MobileMe iDisk is available for the iPhone and iPod touch and requires iPhone OS 3.0 and a MobileMe subscription.

Update: Apple has posted a video overview of the new MobileMe iDisk application.