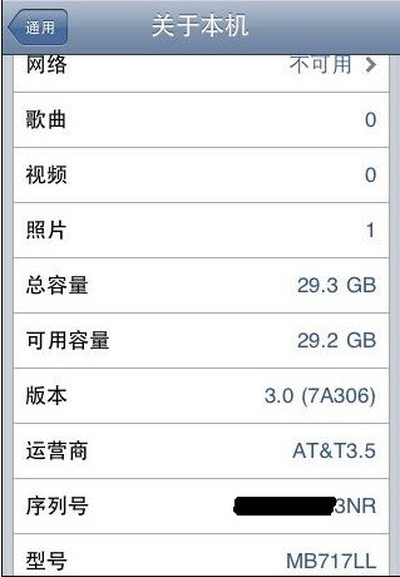 We've been keeping an eye on some reports coming out of Chinese forum Weiphone over the past couple of weeks, and it appears the reports are starting to spread. In early May, a forum poster from the Chinese site posted specs and a screenshot from what is claimed to be the next generation iPhone.

The image above was uploaded and seems to depict a new iPhone model number "MB717LL" with 32GB of Storage. If the original poster's claims are to be believed, the new iPhone will contain the following features:

As far as we can tell, the original poster has no track record for accurate information, though the Chinese web/forums have been a common source of early photos of recent Apple releases including the unibody MacBook and MacBook Pro casings.

At this point, we're posting it for interest alone, though the information seems believable. It's certainly expected for the next iPhone to contain a digital compass and better camera. Increases in processor speed and RAM are also feasible.

Monday June 21, 2021 7:17 am PDT by Hartley Charlton
Users appear to be underwhelmed by Apple's upcoming iOS 15 and iPadOS 15 updates, according to the findings of a new survey by SellCell. The survey asked 3,000 iPhone and iPad users, evenly split between men and women, aged 18 or over in the United States, what they thought of iOS 15, iPadOS 15, and the naming of the upcoming iPhone 13 lineup. Over 50 percent of all of the survey's...
Read Full Article • 374 comments