Over the past couple of days, users have been digging through the latest iPhone OS 3.0 beta for signs of new features, and World of Apple and AppleInsider have put together some nice screenshot galleries illustrating a number of the findings.

World of Apple's gallery shows a number of features primarily related to music and podcast functionality, including several notable ones: 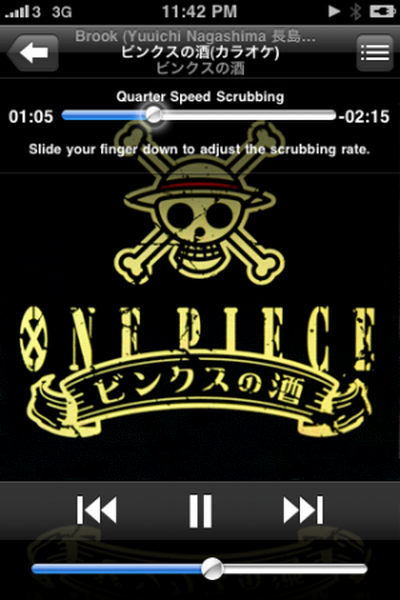 AppleInsider highlights several other changes observed in the iPhone 3.0 beta:

- Ability to close all open Safari windows. Previously there was no ability to close the last remaining Safari window, but a red "x" is now functional in the page navigation, allowing users to close the final window, replacing it with a blank page.
- Battery percentage indicators. Allows users to view their remaining battery life as a percentage rather than just as an icon.
- Push notifications preferences. Allows users to toggle whether they want to allow push notifications as sounds, alerts, and/or badges.
- Expanded Data Detectors. Increased ability to automatically detect text such as e-mail addresses, phone numbers, and addresses and activate appropriate actions such as initiating a phone call or adding info to the Address Book when the items are touched.

Friday July 30, 2021 9:04 am PDT by Sami Fathi
Tesla CEO Elon Musk reportedly once demanded that he be made Apple CEO in a brief discussion of a potential acquisition with Apple's current CEO, Tim Cook. The claim comes in a new book titled "Power Play: Tesla, Elon Musk and the Bet of the Century," as reviewed by The Los Angeles Times. According to the book, during a 2016 phone call between Musk and Cook that touched on the possibility of ...
Read Full Article • 180 comments