Thursday April 9, 2009 12:21 pm PDT by Eric Slivka
A patent application published today reveals that Apple may still be working on a video "answering machine" technology for inclusion with iChat. The technology made a brief partial appearance in early OS X Leopard developer seeds in December 2006, but was omitted from the finished product.

The patent application, filed in October 2007, describes the use of pre-recorded video messages that can be enabled and offered in response to video chat requests from other users. The pre-recorded video message could be displayed to the caller in response to a "do not disturb" status message on the part of the receiver or after a set period of time without a response from the receiver. 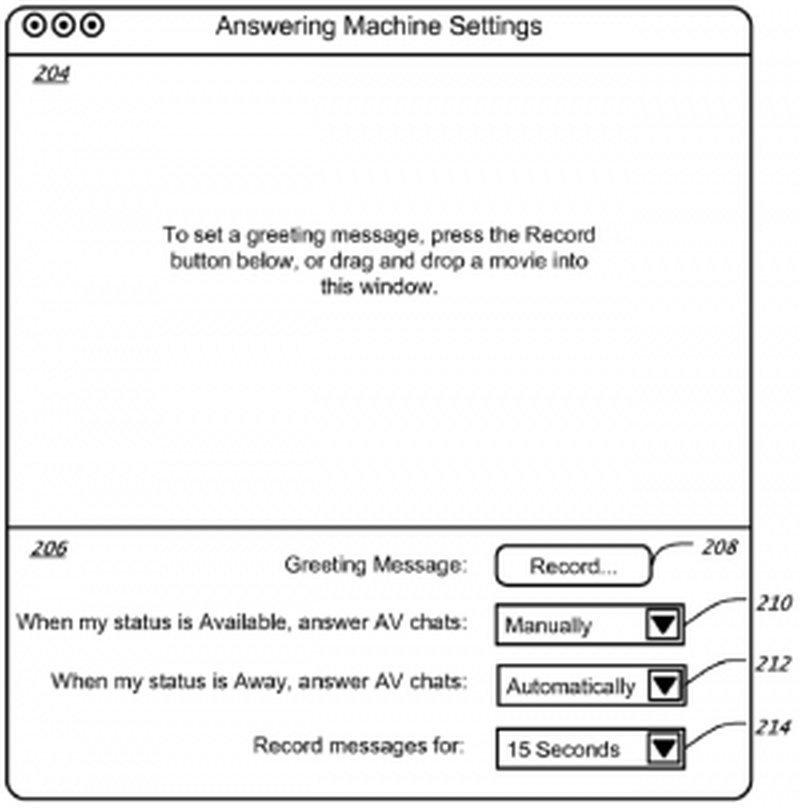 The use of pre-recorded video clips was also a concept employed in early prototypes of the iPhone. In that case, it was planned that iPhone users would be able to "call ahead", sending a pre-recorded video message to their intended recipient to be viewed before the recipient answered the call. With increasing evidence for video camera functionality in the next-generation iPhone, the possibility exists that the "video answering machine" technology could also make its way into Apple's mobile devices.