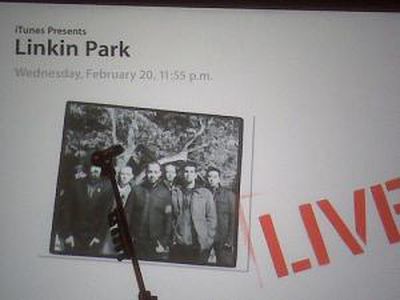 As we approach the end of February, however, the absence of press invitations to a true Apple event makes the rumored Apple media event increasingly unlikely. Apple typically gives media at least one week warning for events. Indeed, the original rumor was spotty at best -- a non-traditional rumor site with "unconfirmed" information.

Regardless, Apple has been on a roll with weekly Tuesday announcements since Macworld. Apple's self-imposed February 2008 iPhone Software Development Kit (SDK) deadline is rapidly approaching, so we should expect a release or, at the least, an announcement of delay in the next week.

Sunday September 25, 2022 6:50 am PDT by Sami Fathi
Apple may decide to release its remaining products for 2022, which include updated iPad Pro, Mac mini, and 14-inch and 16-inch MacBook Pro models, through press releases on its website rather than a digital event, according to Bloomberg's Mark Gurman. In his latest Power On newsletter, Gurman said that Apple is currently "likely to release its remaining 2022 products via press releases,...
Read Full Article • 187 comments