A recent patent filed by Apple suggests the company is continuously looking for ways to improve user input devices. In this case, Apple describes an "improved feedback mechanism for touch pads", including "devices capable of illuminating the touch sensitive surface of the touch pad" and "methods for providing visual feedback at the touch pad." 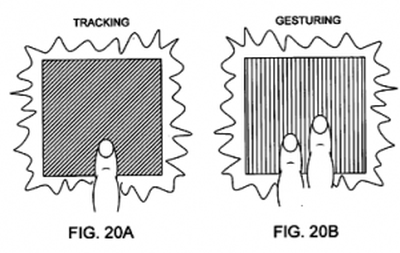 The invention in a trackpad configuration.

The invention embodied as an iPod click-wheel.