Several news outlets are confirming the media event that Apple is holding on September 12th 2006.

More details of the event were released today when Apple sent out invitations to select media members. The invites says "It's Showtime": 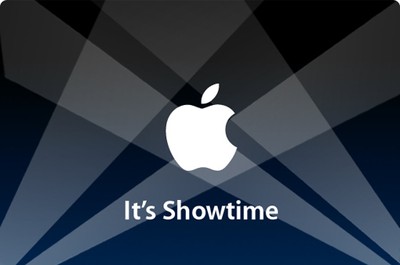 First word of the event leaked out on August 31st, with multiple reports of a media event to be held in San Francisco. Today, the digital invitations were sent out confirming the event and setting a time and place.

The announcements will take place at 10:00am Pacific time at the Yerba Buena Center for the Arts in downtown San Francisco. Based on the title of the invitation, it appears likely that the long rumored Movie Store will finally be released.

Businessweek recently provided some early details of the service, which they claim to offer movies from $9.99-$14.99. Meanwhile, Appleinsider feels a new video streaming device will also be introduced. Meanwhile, Core 2 Duo iMacs and new iPods are also expected.

Thursday May 13, 2021 12:10 am PDT by Sami Fathi
Apple has fired Antonio García Martínez, an ex-Facebook product manager and author of the controversial book "Chaos Monkeys," following public and internal calls for removal and investigation due to past misogynistic statements, The Verge reports. Apple hired Martínez earlier this week to join its ads team, however, comments that Martínez made in the past sparked condemnation from users...
Read Full Article • 334 comments

Friday May 14, 2021 11:52 am PDT by Juli Clover
Following the discontinuation of the iMac Pro, Apple also appears to be discontinuing Space Gray "Magic" accessories that it sold separately alongside the iMac Pro. The iMac Pro was the only Space Gray Mac, and Apple designed special matching accessories for it. The Space Gray Magic Mouse 2, Magic Keyboard, and Magic Trackpad all now say "While supplies last" in small wording at the bottom...
Read Full Article • 334 comments

Wednesday May 12, 2021 10:03 am PDT by Juli Clover
Apple's M1 iMacs are set to start delivering to customers next week, and ahead of the official launch day, benchmarks for the machines have been showing up on Geekbench, likely from reviewers who are testing them. It will come as no surprise that M1 iMac benchmarks are right on par with benchmarks for the M1 MacBook Pro, MacBook Air, and Mac mini, coming in with an average single-core score...
Read Full Article • 293 comments