Netflix to Begin Cracking Down on Password Sharing in Early 2023

Popular streaming service Netflix is planning to put an end to password sharing starting in early 2023, according to a new report from The Wall Street Journal. There have been persistent rumors about the end of password sharing, and Netflix has been exploring methods to crack down on it, but the changes are set to officially go into effect next year. 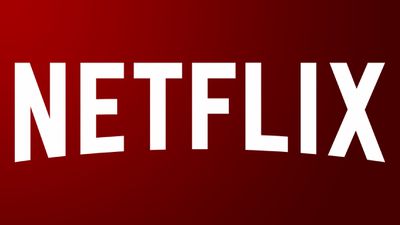 Netflix has long known that password sharing is a problem affecting its profits, but the uptick in subscriptions in 2020 allowed the company to avoid addressing it. With revenue falling this year and Netflix's first subscriber loss in 10 years, Netflix CEO Reed Hastings decided it was time to act on the issue, which had been put off for too long.

Starting in 2023, Netflix plans to ask people who share accounts with others outside of their household to pay to do so. Netflix has been testing add-on payments for password sharing in some Latin American countries, charging around $3 extra. In these countries, the primary account owner must provide a verification code to anyone outside the household who wants to access the account, with Netflix repeatedly asking for the code until a monthly fee is paid to add non-household subscribers.

A similar tactic could be used in the United States, with Netflix possibly charging just below the cost of its $6.99 ad-supported plan for non-household subscribers who share someone's plan. Netflix wants those who have a shared password to sign up for their own subscription.

Netflix will enforce password sharing rules through IP addresses, device IDs, and account activity. To keep from alienating customers, Netflix may slowly phase out password sharing rather than putting a stop to it all at once. One method Netflix reportedly considered was adding pay-per-view content that could make users not want to share their passwords with people who might rent content, but Netflix ultimately decided against it.

The Netflix terms of service have never allowed for multi-household sharing, but Netflix has looked the other way for so long that implementing fees for offering account access to friends and family could upset some of its subscribers. An estimated 222 million paying households share passwords with an additional 100 million households that Netflix wants to monetize.

Pricing on Netflix plans includes watching on multiple supported devices in addition to affecting streaming quality, but Netflix does not want multiple viewers watching outside of the same household. Netflix's premium plan, for example, allows for Ultra HD 4K streaming and support for watching on four supported devices like iPhones, iPads, and Macs at one time, as long as those devices are owned by people in the same household.

In addition to boosting revenue by eliminating password sharing, Netflix has also introduced a more affordable ad-supported tier that is priced at $6.99 per month in the United States.

Spock
Netflix will be the next Blockbuster. Charging extra for 4k, constant price increases, now restrictions on password sharing. They are enjoying a little bump because of Wednesday but that wont last.
Score: 68 Votes (Like | Disagree)

GizmoDVD
This should be fun. I use it at my home and office and will continue to do so. If they try and stop I’ll just continue my pirate ways with them.
Score: 60 Votes (Like | Disagree)

No problem with this.

They will lose a lot of money
Score: 41 Votes (Like | Disagree)

summiter
I occasionally use my sibling’s account to watch a movie. Their ability to share with me is the only reason they’ve kept Netflix. Once they stop this casual family sharing ability we’ll cancel for good. So many other options out there now, and frankly we all have subscription fatigue.
Score: 37 Votes (Like | Disagree)
Read All Comments

Tuesday January 24, 2023 1:11 pm PST by Joe Rossignol
While the new Mac mini with the M2 chip has a lower $599 starting price, the base model with 256GB of storage has slower SSD read and write speeds compared to the previous-generation model with the M1 chip and 256GB of storage. A teardown of the new Mac mini shared by YouTube channel Brandon Geekabit reveals that the 256GB model is equipped with only a single 256GB storage chip, while the...
Read Full Article • 578 comments