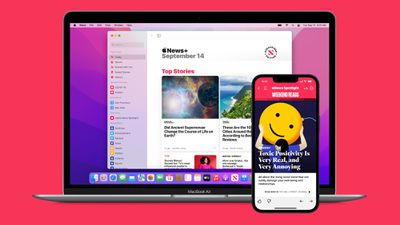 Tweeting from its Apple News Twitter account, Apple said it had disabled Fast Company's channel following the "incredible offensive alert" that its subscribers had received on their Apple devices.

An incredibly offensive alert was sent by Fast Company, which has been hacked. Apple News has disabled their channel.

An incredibly offensive alert was sent by Fast Company, which has been hacked. Apple News has disabled their channel. — Apple News (@AppleNews) September 28, 2022

Fast Company soon confirmed the hack, saying in a tweet that it had taken down its website following the breach until it is able to secure its systems:


"Fast Company's Apple News account was hacked on Tuesday evening. Two obscene and racist push notifications were sent about a minute apart. The messages are vile and are not in line with the content of Fast Company. We are investigating the situation and have suspended the feed and shut down FastCompany.com until we are certain the situation has been resolved."

We are investigating the situation and have suspended the feed & shutdown https://t.co/U9iS8QOhkW until we are certain the situation has been resolved. — Fast Company (@FastCompany) September 28, 2022

Before it disappeared, Fast Company's website included a message from the hackers "postpixel" in which they described how they had been able to execute the attack by infiltrating Fast Company's WordPress back-end, and ridiculed the publication's efforts to secure its publishing tools and administrator portal.

The hackers also claimed to have accessed thousands of employee records, which they intended to share on a forum for trading information stolen in security breaches.

In summary, it appears the hackers gained login credentials that allowed them to access Fast Company's Apple News content management system to send out the push notifications, which apparently have no moderation filter. We'll update this article if we learn more.