Up to 31 new emojis could come to iOS and Android next year, including a shaking face, pushing hands, and a pink heart. 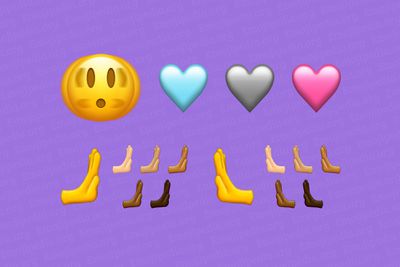 The final designs will vary based on what major companies like Apple and Google choose, but Emojipedia has created sample illustrations of the candidate emojis:

Each Emoji is subject to change prior to final approval as the new additions remain at the draft stage. The Unicode Consortium will finalize the list of new emojis in September, but in recent years most draft candidates have been accepted as expected.

Following confirmation, Apple will need to release new versions of watchOS, iOS, iPadOS, and macOS to support the new emojis. This is expected to occur early next year.

Piplodocus
The more emojis get added, the harder it gets to find the one I want... ?
Score: 40 Votes (Like | Disagree)

beatrixwillius
How many of these stupid things can be made?
Score: 23 Votes (Like | Disagree)

When does it just become too much?

We are getting there...

who actually uses this ****

Using emoticons like ": )" is no different from using emojis. If you've used the former, you aren't better than those who use the latter. Turns out you use both.

BvizioN
Silver heart! I can't tell you how long I have been waiting for this one. Finally...!!
Score: 11 Votes (Like | Disagree)

RemedyRabbit
When are they gonna stop messing about and make a Chef's Kiss emoji?
Score: 11 Votes (Like | Disagree)
Read All Comments