High-end MacBook Pro models are experiencing extended delivery times due to component shortages and ongoing lockdowns in China caused by the global pandemic, according to Apple analyst Ming-Chi Kuo. 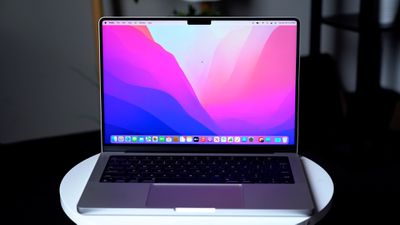 In the online Apple Store, M1 Max and custom M1 Pro versions of the 14 and 16-inch MacBook Pro deliveries are delayed until late May or early June, and in-store pickups are unavailable until June.

(2/2) Conversely, the delivery time of high-end MacBook Pros (Quanta as the sole supplier) that have been in good demand since launch has roughly increased by 3-5 weeks after the China lockdown. — 郭明錤 (Ming-Chi Kuo) (@mingchikuo) April 13, 2022

We have also heard from several MacRumors readers who were waiting on MacBook Pro models ordered in March and April and who have now had their shipments significantly delayed because of Apple's supply issues.

We've received several reports from frustrated Apple customers who have been patiently waiting for their MacBook Pro models to arrive in April, and many of them are now being forced to wait until at least May as Apple tries to solve its supply issues.

Apple might provide more color on its supply chain problems during Q2 2022 earnings call which is set to take place on Thursday, April 28. In addition to MacBook Pro shipping delays, Apple is also seeing delays for the Mac Studio with M1 Ultra chips, and some Intel-based Mac Pro models.

The MacBook Air, Mac mini, and iMac appear to be readily available, as do Apple's iPhones, iPads, and Apple Watches.

contacos
Giving mine a hug right now after reading those upsetting news ?
Score: 20 Votes (Like | Disagree)

JosephAW
Might be time to set up a second plant in India as well for the computers:rolleyes:
Score: 19 Votes (Like | Disagree)

ThisBougieLife
China's "zero tolerance" COVID policy is absurd. Other countries have learned to live with it; China still thinks they can completely eradicate it. It's a fool's errand.
Score: 14 Votes (Like | Disagree)

jz0309
For everyone thinking the pandemic is over, think again, it will take a loooong time to recover…
Score: 9 Votes (Like | Disagree)

On March 30, I ordered a 14" base model with an SSD upgrade to 1TB. As of now, Apple still shows the expected delivery date between April 20 and 27, same as when I ordered it.

I know this might get pushed back to May, but for now it's the same as before.

If you order the same model today, the expected delivery date is between June 1 and June 16. Yikes.

Or the Apple Refurbished store has a great selection right now with immediate delivery.
Score: 8 Votes (Like | Disagree)

falkon-engine
If apple can’t even supply existing orders of m1 max machines, given the ongoing supply chain issues + lockdowns, why do we believe that m2 is coming in June at WWDC, at any significant volume?
Score: 7 Votes (Like | Disagree)
Read All Comments