Apple is now providing customers who have faced a costly out-of-pocket repair for an iPhone or Mac with a second chance to purchase AppleCare+ coverage for the device, although there are some strings attached to the policy. 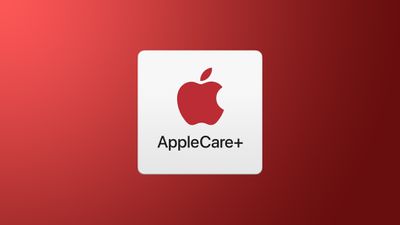 In an internal memo this week, obtained by MacRumors, Apple said customers who had an iPhone or Mac repaired at an Apple Store or Apple Authorized Service Provider are now eligible to purchase AppleCare+ for the device, so long as the device was purchased less than one year ago and passes a physical inspection and diagnostics after repair.

For customers who are unsure if their iPhone was repaired by an Apple Authorized Service Provider, iOS 15.2 introduces a new "Parts and Service History" in Settings > General > About that indicates if components like the battery and display are genuine Apple parts. The software update is expected to be released as early as next week.

Customers are still required to pay Apple's full out-of-warranty fees for any repairs completed prior to purchasing AppleCare+ coverage for the device.

An example scenario: A customer named John purchases a new iPhone, but he decides not to pay for AppleCare+ coverage for the device. A few months later, John drops the iPhone and the display is cracked. John takes the iPhone to an Apple Store to be repaired and faces costly out-of-warranty service fees since he decided not to purchase AppleCare+. Since the iPhone is less than one year old, John is advised that he can still purchase AppleCare+ for the device so that any subsequent repairs aren't as expensive.

The policy is in effect at Apple Store and Apple Authorized Service Provider locations in all countries and regions where AppleCare+ is available.

haruhiko
So now Apple not only gets the expensive repair fees, they get the AppleCare sales too. ??
Score: 14 Votes (Like | Disagree)

adamjackson
Just a reminder for some people that it may be worth checking if your credit card will cover this. I bought my iPhone 13 Pro full price with my American Express card which extends the factory warranty by 12 months (2 years) and by paying for my cell phone bill with Visible with my Amex card, they extend to me an $800 per incident damage coverage for every 30 days I pay my phone bill. So in that scenario, if I have a cost to repair my iPhone for a damage scenario, I submit the receipt from the Apple Store to Amex and they reimburse me up to $800.

This is why I stopped buying AppleCare+ on my iPhones but I do continue to put it on my MacBook Pro which still works to my advantage because even though I won't get damage coverage through Amex they will add 1 year to my 3 year warranty since I attached AppleCare at the time of purchase so my MacBook Pro has a 4 year warranty for hardware failures not related to damage.
Score: 13 Votes (Like | Disagree)

AmazeSE
Wow this is a smart idea. People are be more likely to insure their device after they go through an expensive repair.
Score: 7 Votes (Like | Disagree)

JPSaltzman
Another one of Tim's ingenious Cash Cows to keep that money flowin' in and the stockholders happy....
Score: 6 Votes (Like | Disagree)

So now Apple not only gets the expensive repair fees, and they get the AppleCare sales too. ??

Apple gets it all. They really know how to save $ and get a single penny out of your pocket.
Score: 6 Votes (Like | Disagree)

TheYayAreaLiving ?
Ohh! That’s pretty cool. People will need it if they plan on fixing the devices themselves.
Score: 5 Votes (Like | Disagree)
Read All Comments

Tuesday January 25, 2022 11:13 am PST by Juli Clover
Back in October, Apple agreed to pay $95 million to settle an ongoing class action lawsuit that accused the company of violating various U.S. laws and regulations by providing customers with refurbished replacement devices instead of new devices when repairs were required under AppleCare. Administrators handling the case have now updated the "Replacement Device Lawsuit" website with details...
Read Full Article • 85 comments

Only a 'Small Fraction' of iPhone Users Will Use Self Service Repair Program, Study Suggests

Friday November 19, 2021 8:25 am PST by Hartley Charlton
Very few iPhone users will repair their own iPhone to postpone their next smartphone purchase, despite the Self Service Repair program, according to research by Consumer Intelligence Research Partners (CIRP). Earlier this week, Apple announced the Self Service Repair program, giving customers who are comfortable with the idea of completing their own repairs access to Apple genuine parts,...
Read Full Article • 188 comments

Monday February 14, 2022 10:37 am PST by Juli Clover
Apple today updated its Apple Support app designed for the iPhone and iPad, introducing a new feature that provides price estimates for common repairs in select locations. When using the Support app after installing the update, you can tap on a device that you own in the "My Devices" list and then choose "Repairs & Physical Damage" to see a list of options. Tapping on a common repair like ...
Read Full Article • 16 comments

Friday April 30, 2021 5:36 pm PDT by Juli Clover
If you damage your new 12.9-inch M1 iPad Pro and don't have AppleCare+, Apple will charge $699 to repair the broken device. The fee update was added to Apple's iPad Service and Repair chart earlier today after iPad Pro orders went live. At $699, it is $50 more expensive to get a repair for the new fifth-generation iPad Pro than it was to get a repair for the prior fourth-generation model....
Read Full Article • 298 comments

Tuesday December 7, 2021 9:12 pm PST by Juli Clover
With the launch of iOS 15.2, Apple is adding a new "Parts and Service History" section to the Settings app that will let users see the service history of their iPhones and confirm that components used for repairs are genuine. As outlined in a new support document, iPhone users who have iOS 15.2 or later installed can go to Settings > General > About to access Parts and Service History. The...
Read Full Article • 25 comments

Wednesday September 15, 2021 4:48 am PDT by Sami Fathi
Apple has expanded AppleCare+ with Theft and Loss coverage, which includes up to two incidents of theft or loss of an iPhone, to the United Kingdom and Australia. Offered as an additional plan to customers in the United States, Japan, Germany, and now also the United Kingdom and Australia, AppleCare+ with Theft and Loss coverage can help customers who unfortunately have had their devices...
Read Full Article • 66 comments

Wednesday November 30, 2022 12:43 pm PST by Juli Clover
Twitter CEO Elon Musk today met with Apple CEO Tim Cook at the Apple Park campus in Cupertino, California, according to a tweet shared by Musk this afternoon. Musk thanked Cook for taking him around Apple's headquarters, with no mention of what the two might have discussed. The meeting comes just after Musk on Monday claimed that Apple has "mostly stopped" offering ads on Twitter, and that...
Read Full Article • 345 comments