If you are planning to purchase an Apple device, accessory, or gift card for someone as a Christmas gift this year, Apple has shared the latest dates that these items can be ordered by with free shipping to ensure delivery prior to December 25 in the United States. Apple has also provided "order by" deadlines for products in select other countries, including Australia, Canada, Germany, Italy, France, Spain, and the UK. 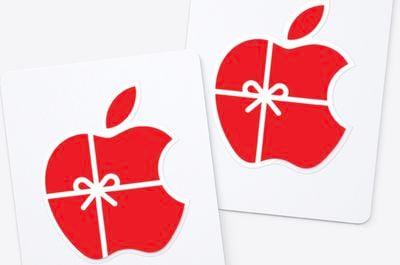 Apple's holiday shipping page provides "order by" deadlines for all iPhone, iPad, Mac, Apple Watch, Apple TV, AirPods, AirTag, and HomePod mini models that it sells, as well as for physical Apple gift cards sent by mail. The dates will fluctuate over time, so ordering gifts as early as possible is always a good idea.

At the time this story was published, some of the deadlines were as follows:

Delivery timing may vary for custom configurations of Macs, with some 14-inch and 16-inch MacBook Pro models already backordered into 2022, for example.

In addition to online ordering, in-store pickup is also an option at Apple Stores. In some U.S. metro areas, in-stock items at Apple Stores may also be available for two-hour courier delivery as late as December 24, according to Apple.

TheYayAreaLiving ?
Woo hoo! That’s a good article. Almost everything is being delivered by end of December.
Score: 2 Votes (Like | Disagree)

svish
Except for iPad mini, all the other products can still be ordered by early December to get delivery by Christmas. Does not look like huge waiting period/delivery times considering chip shortages.
Score: 1 Votes (Like | Disagree)

chriscush
Extremely disappointed that the new microfiber cleaning cloth isn't on this list.
Score: 1 Votes (Like | Disagree)
Read All Comments