Apple's new 14-inch and 16-inch MacBook Pro models are equipped with improved "XDR" displays with mini-LED backlighting. Impressively, both new MacBook Pro models have up to 3x brighter displays compared to the previous-generation models, although the increased brightness is likely limited to HDR content. 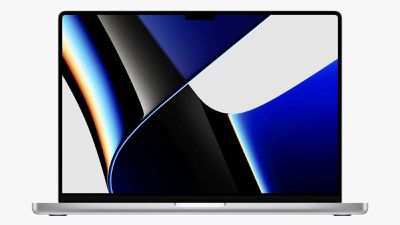 Here is how Apple describes the display:

The best display ever in a notebook features Extreme Dynamic Range and a million to one contrast ratio. HDR content comes to life in photos, video, and games — with refined specular highlights, incredible detail in shadows, and vibrant, true-to-life colors. Each display is factory calibrated and features pro reference modes for HDR color grading, photography, design, and print production.

Apple also said the new MacBook Pro displays have an impressive 1,000,000:1 contrast ratio and support for one billion colors.

Like the iPad Pro, the new MacBook Pro displays feature ProMotion, allowing for an adaptive refresh rate between 24Hz and 120Hz. This can result in smoother appearing content while scrolling, watching videos, and playing games.

The display improvements are part of several upgrades to the new MacBook Pro, alongside next-generation Apple-designed M1 Pro and M1 Max chips, up to 10 hours longer battery life, the return of an HDMI port, SD card slot, and MagSafe, and more. The notebooks can be ordered now and will begin arriving to customers and launch in stores October 26.

Update: Apple has since confirmed that the new MacBook Pro displays indeed have a peak brightness of 500 nits for SDR content.

Can only scratch my head over "1600 nits peak with 39% screen coverage (XDR)". Marketing BS reached a new level.

I'm confused as to what you think is wrong with this claim. This is how HDR specs are almost always presented and measured. There is always a peak number for highlights (often multiple numbers for variously sized highlights/windows) and a sustained full-screen number.
Score: 14 Votes (Like | Disagree)

splitpea
What if you don’t want more brightness? I’m already desperate for a dozen more levels between the lowest brightness and blackout on my 2019 MBA for evening use. Whereas “not bright enough” has never been a problem.
Score: 7 Votes (Like | Disagree)

13 Pro is servicable because it's a very small screen. This allows it to reach a lukewarm but still respectable 1200 nits peak brightness. That LG C1 TV however, is complete garbage if you actually care about a decent HDR experience.

Proper HDR needs a minimum of 1600 nits peak highlights (not to be confused with full screen brightness) to even meet the minimum threshold. OLED fails disastrously here and if you've never experienced proper HDR on something like a PG32UQX you aren't qualified to talk here.

I didn't realize you were the arbiter of truth and knowledge. I'll stop responding in this thread.

You need to chill out. I'll stick to my fantastic HDR OLED displays and you can stick with your inferior LCD tech with its haloing.
Score: 5 Votes (Like | Disagree)

Antes
Hopefully there won’t be an issue with blooming like on the M1 iPad Pros...
Score: 5 Votes (Like | Disagree)
Read All Comments

Apple's New $19 Polishing Cloth is Sold Out Until Late November

Tuesday October 19, 2021 1:04 pm PDT by Juli Clover
Alongside the 14 and 16-inch MacBook Pro models, Apple introduced a $19 "Polishing Cloth" that's designed to be used with Apple devices. Made from a "soft, nonabrasive material," the cloth is suitable for Apple displays, including the nano-texture glass of the Pro Display XDR. It's also suitable for use with the mini-LED display of the new MacBook Pro models and all manner of iPhones, iPads, ...
Read Full Article • 363 comments