Apple today seeded the second public betas of upcoming iOS 15.1 and iPadOS 15.1 betas, one week after seeding the first betas and a little over a week after releasing iOS 15 and iPadOS 15 to the public. 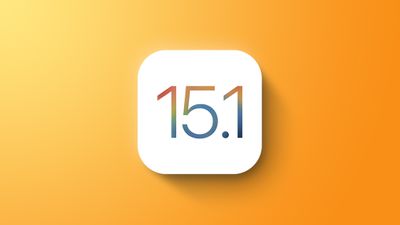 Paired with the HomePod 15.1 beta (which is invite only), iOS 15.1 adds Lossless Audio and Dolby Atmos with Spatial Audio support to the HomePod and the HomePod mini, bringing Apple's speakers in line with iPhones, iPads, and Macs.

iPhone users who have a health care provider or state record that uses SMART Health Cards can import their COVID-19 vaccination records into the Health app and can then add a vaccine card to the Wallet app. This is an opt-in feature that uses a global specification, but healthcare providers need to implement it.

The second beta of iOS 15.1 fixes an Unlock with Apple Watch bug that prevented an authenticated Apple Watch from unlocking an ‌iPhone‌ when the user is wearing a mask. The feature was unable to be toggled on the iPhone 13 Pro, but after the iOS 15.1 update, it is once again functional.

I used to report every single bug I found. Apple would get back to me, sometimes it was a dupe of another bug, sometimes they'd ask for more info and I'd provide.

I helped Apple debug a DNS issue a few years ago.

Then, at some point, they just stopped answering bug reports. I take the time to send them with all the necessary information, and... I never hear back anymore. The bugs don't get fixed.

So I've mostly given up bug reporting, except for more egregious serious bugs. And even those.. not a single response back.

So, if someone from Apple is reading this... have some more respect for your beta testers that submit issues. Respond and acknowledge them at least. The silence just makes me not want to bother.
Score: 18 Votes (Like | Disagree)

iPhone forum is filled with reports of iOS 15 anomalies. Hope the 15.1 update fixes a few

I've been surprised at how buggy this release was for one that didn't bring a lot of new stuff to the table. Apple must be revamping a lot of code behind the scenes.

I haven't had too many issues myself; my Stocks widget doesn't seem to update as often as it should but I'm not sure if that's a new problem.
Score: 7 Votes (Like | Disagree)

now i see it
iPhone forum is filled with reports of iOS 15 anomalies. Hope the 15.1 update fixes a few
Score: 7 Votes (Like | Disagree)

xpxp2002
I'm surprised this is going through all these beta cycles. Usually the x.1 or x.0.1 bug fix update after a major iOS release drops within a week of the x.0 release.
Score: 6 Votes (Like | Disagree)

mjs916
I just want to say I appreciate those of you taking the time to report bugs.
Score: 5 Votes (Like | Disagree)

I used to report every single bug I found. Apple would get back to me, sometimes it was a dupe of another bug, sometimes they'd ask for more info and I'd provide.

I helped Apple debug a DNS issue a few years ago.

Then, at some point, they just stopped answering bug reports. I take the time to send them with all the necessary information, and... I never hear back anymore. The bugs don't get fixed.

So I've mostly given up bug reporting, except for more egregious serious bugs. And even those.. not a single response back.

So, if someone from Apple is reading this... have some more respect for your beta testers that submit issues. Respond and acknowledge them at least. The silence just makes me not want to bother.

Considering you are doing their job for them, for free, that is appalling. It's not like they are a start-up.
Score: 4 Votes (Like | Disagree)
Read All Comments