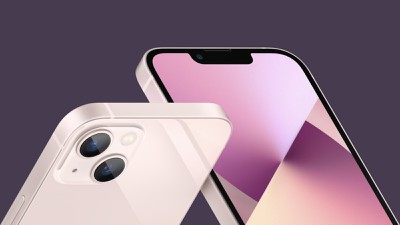 You burnt that bridge apple
Score: 38 Votes (Like | Disagree)

fenderbass146
Glad they kept the mini. Best phone I've ever had when it comes to form factor but unless they swap out the pointless wide angel for zoom and give it better battery I'll be going back to the pro.
Score: 16 Votes (Like | Disagree)

Monday August 23, 2021 3:16 am PDT by Hartley Charlton
Apple has now announced the iPhone 13 and iPhone 13 Pro at its September "California Streaming" event, revealing the long-awaited features of the new smartphones ahead of the first devices arriving to customers. After a later-than-usual launch for the iPhone 12 models last year, Apple has returned to its traditional September smartphone unveiling timeframe for the iPhone 13 lineup, which...
Read Full Article

Wednesday September 15, 2021 11:53 pm PDT by Tim Hardwick
Following updates to its product lineups this week, Apple has quietly discontinued the 256GB capacity option for the iPhone SE. Prior to this week, the iPhone SE was available in 64GB, 128GB, and 256GB configurations, but since Tuesday's "California streaming" event and subsequent product lineup rejig, only the first and second of those capacities are listed on Apple's online store. Pricing ...
Read Full Article • 84 comments