The Connectivity Standards Alliance, which includes Apple, Google, and Amazon, has announced it will delay the launch of its "Matter" standard, which aims to unify the smart home ecosystem of the largest tech giants, according to a blog post by the Alliance posted today (via Stacey on IoT). 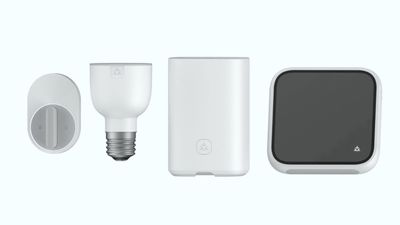 "Matter," announced last year and formerly known as "Project CHIP," is a unified IP-based connectivity that aims to make a standard universal protocol for developers to build Internet of Things devices. The Alliance had previously sought to roll out the standard in the latter portion of this year, but it's now been delayed until 2022.

The group says that "Matter" is complete in regards to its feature set. However, according to the blog post, it still needs to continue working on the program in which developers can apply for certification and finish the SDK for developers to use.

adeadpixel
They tried so hard and got so far, but in the end it doesn’t even Matter
Score: 35 Votes (Like | Disagree)

ElectricPotato
Wow, Comcast is on board. The mark of quality.
Score: 11 Votes (Like | Disagree)

Konigi
Will Matter be backward compatible with current systems? Will current devices be able to use the Matter standard?
Score: 7 Votes (Like | Disagree)

Just sayin...
Will Matter devices also include mandatory government-reporting hashing spyware that Apple Executives will try to explain to mis-understanding customers and fanbois will defend…all ”for the children”?
Score: 6 Votes (Like | Disagree)
Read All Comments