Apple is sending surveys to select owners of the now-discontinued 2015 12-inch MacBook, asking them about their opinion on the laptop's size, feature set, and more. 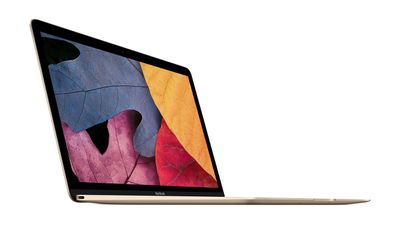 Apple announced the 12-inch MacBook in 2015 as a super-light and thin laptop aimed at customers needing an ultra-portable notebook. The 12-inch MacBook featured a fanless design, an Intel processor and was the first Mac to feature the butterfly keyboard. The laptop started at $1299.

The 12-inch form factor was considerably popular, as customers enjoyed its thin and light design. Apple updated the MacBook in 2016 and 2017 but discontinued it in 2019 following the launch of the redesigned MacBook Air with Retina Display.

The survey sent out to select customers of the 12-inch MacBook was rather generic. It consisted of simple questions asking customers for their opinion on the laptop's size, features, and what they would change about it.

Apple periodically sends out surveys to customers, and just last week sent out surveys to current customers of the iPad mini. Given the 12-inch MacBook has been discontinued, it's hard to assume Apple will reintroduce it into its lineup.

Although, given the survey, Apple may be beginning to realize the market that exists for ultra-thin and portable laptops and could be contemplating working on a Mac notebook tailored for that market demographic. Alternatively, Apple may feel there's no need for a 12-inch MacBook given its current 11-inch and 12.9-inch iPad Pro offerings with an added Magic Keyboard accessory.

A report last year suggested that an updated 12-inch MacBook would be one of the first Mac laptops to be announced featuring an Apple silicon chip. That did not come true, and Apple instead updated its 13-inch ‌MacBook Air‌ and MacBook Pro.

Update: According to MacRumors readers, Apple is sending surveys about other Macs as well, including the iMac and the 13-inch MacBook Pro. Questions are similar with the MacBook Pro owner asked about ports, screen size, and more.

majurg
The 11in MacBook Air was my favorite computer I have owned. I love that form-factor (or even smaller)
Score: 23 Votes (Like | Disagree)

Digital Skunk
I'd love to see a new 12" MacBook. One of my favorite machines for everyday use outside of the iPad Pro.
Score: 18 Votes (Like | Disagree)

Rigby
Still love my 12" Macbook and it's my first choice when traveling. I think there is room below the size of the Air for people who don't want to live with the limitations of iPadOS and/or want a real, firmly attached keyboard.
Score: 15 Votes (Like | Disagree)

Friday October 29, 2021 8:38 am PDT by Joe Rossignol
Apple today shared its annual Form 10-K report, providing an overview of the company's expenses and other details for the 2021 fiscal year. Image Credit: iFixit.com Notably, the report reveals that Apple's warranty-related expenses continue to sharply decline. Apple reported $2.6 billion spent on warranty claims in the 2021 fiscal year, down nearly 45% from $4.6 billion spent in the 2016...
Read Full Article • 62 comments